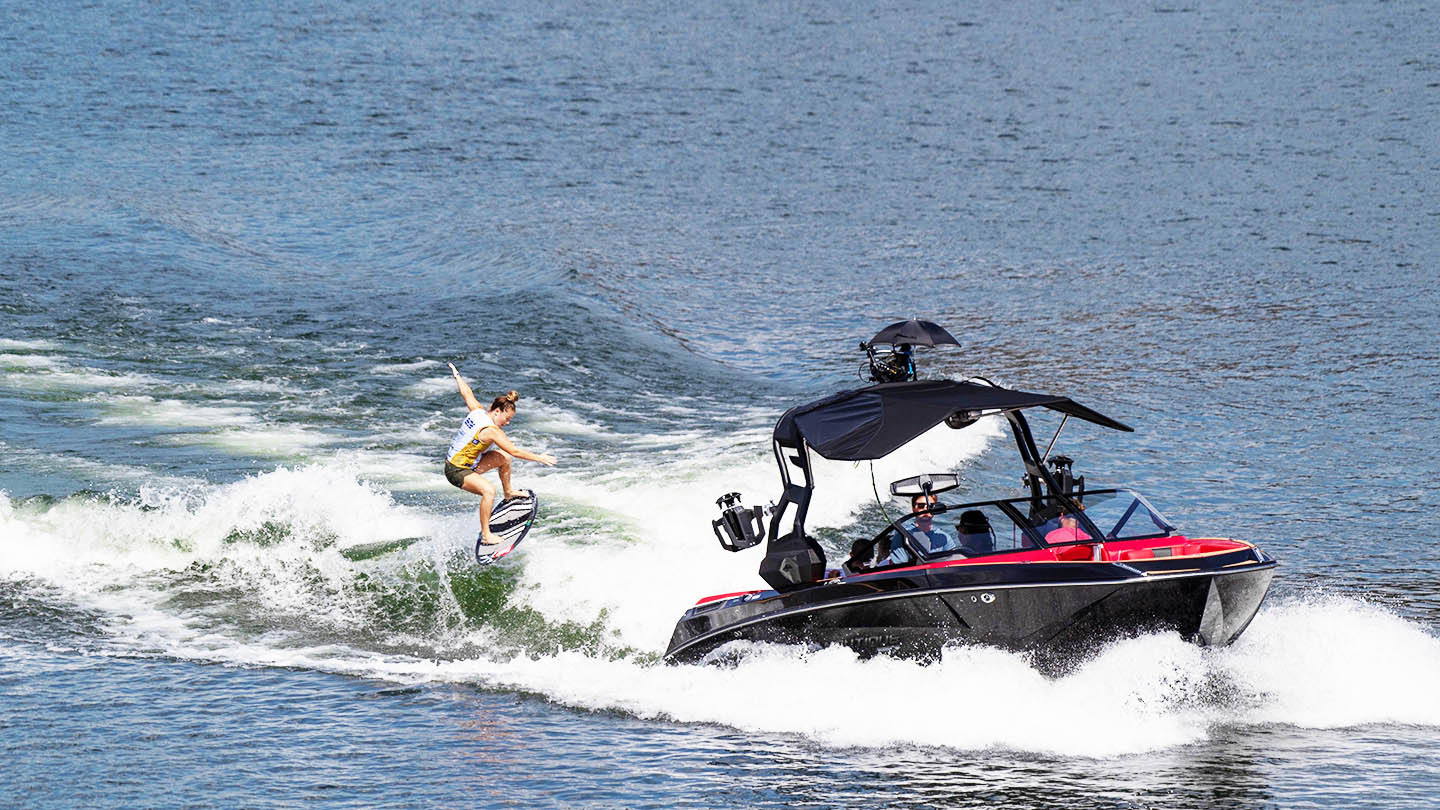 PINE MOUNTAIN, GA (October 1, 2019)  – Wakesurf athletes from over nine different countries around the world came together for the culminating event of the 2019 Nautique Wakesurf Series, the inaugural Nautique Masters Wakesurf Championships presented by GM Marine Engine Technology. The 7X Wakeboard and 5x Wakesurf Boat of the Year, the Super Air Nautique G23 pulled wake’s greatest to victory in the final day of competition at what has become the most prestigious event of all-time. With the esteemed Nautique Masters titles on the line, Robin Lake was filled with some of the most memorable moments in a family-friendly atmosphere that was enjoyed by all.

“The inaugural Nautique Masters Wakesurf Championships exceeded all expectations,” said Nautique President Greg Meloon. “As the final stop of the Nautique Wakesurf Series, the best wakesurfers came from across the globe to surf behind the G23 here at Callaway Gardens. Congratulations those that earned the first-ever Masters Wakesurf titles!”

A crowd favorite, the Adaptive finalists showed up on Sunday ready to put on a show behind the legendary Super Air Nautique G23. Carter Hess (USA) brought home a huge score of 84.00 throwing strong snaps and a lip slide for the win in the Adaptive Standing division, followed by Fabio Secci (ITA) in second with a score of 80,00, just ahead of Mike Nelson (USA) in third with 76.67. Utilizing the entire face of the wave of the Super Air Nautique G23, Marta Wright (POL) earned her final win for the season in the Adaptive Sitboarding division with a final score of 90.67, ahead of Ryan Major (USA) in second with 83.33.

The Master’s Women division kept the competition going with Keiko Inoki (JPN) taking the win completing a clean transfer surfing frontside to backside using the Nautique Surf System to earn herself an 83.33 and a piece of the $10,000 amateur travel award incentive. Inoki was followed by Kimberly Chen (TWN) who put down another impressive run behind the legendary Super Air Nautique G23 for 75.00 points, ahead of Vanessa Martinez (USA) in third with 68.67. In the Master’s Men final round, Brad Gearhart (USA) took the win with a nice air for a score of 82.67, followed by Peter Kennedy (USA) with a score of 76.00 and Jeff House (USA) rounding out the podium in third with 74.67.

The Veteran’s division saw some epic riding with Mark Walser (USA) scoring a 90.67 to take the win with ashuv and a 360. David Williams (USA) came in second with a score of 86.33, followed by Jay Baker (USA) in third with 80.00 points to round out the podium.  The Men’s final saw more impressive passes with Tyler Kramer (USA) claiming his prestigious title throwing down an impressive truck driver air and a 360 for a final 75.67 point score, followed by Brokston Miller (USA) with 70.00 points in second.

Nautique athlete Jodi Grassman (USA) put together two stand up passes in the Pro Women’s Final, leaving the crowd cheering and taking the win with a 90.67. Her first pass consisted of a textbook backside big spin and an alley oop before coming back on pass two with a clean mute shuv, leaving no doubt in anyone’s mind that her name would go down in history claiming the first-ever win for this event. In second Lily Anderson (CDN) scored 82.33 with a stylish air reverse, followed by Bailey Rush (CDN) rounding out the podium in a very close third with 74.67 points.

“It is totally unbelievable to be here at the first-ever Nautique Masters Wakesurf Championships behind the prestigious Nautique G23! Huge shout out to Nautique Boats, The WWA, and all of the other sponsors who we couldn’t do this without! Thank you to everyone who made this an event to remember and I can’t wait to see everyone next season for the 2020 Nautique Wakesurf Series,” said Nautique athlete Jodi Grassman. 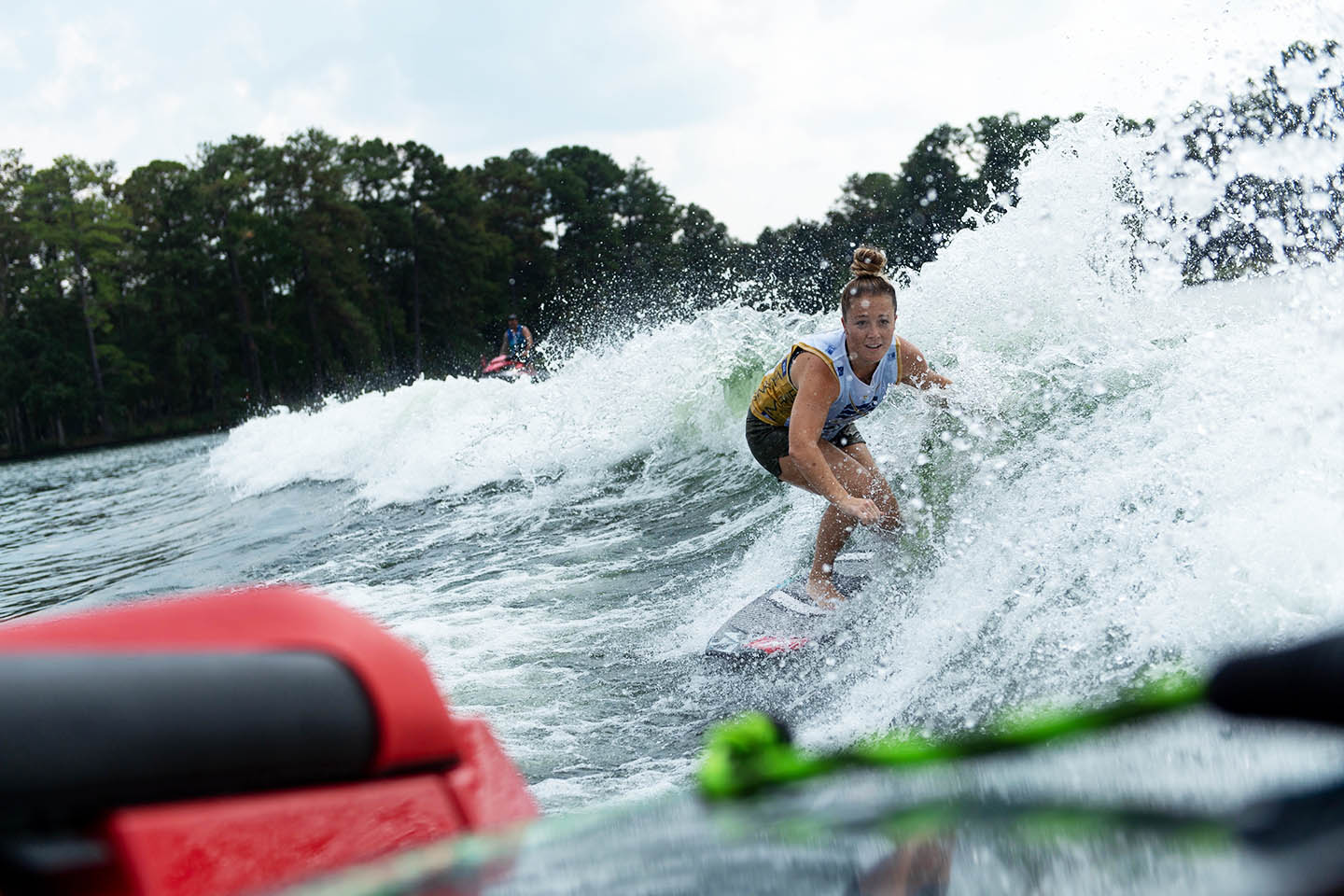 Camron Swanson (USA) had a great afternoon, bringing it all together to take the greatest victory of the year at one of wake’s most sought after venues. Utilizing the perfect wave of the Super Air Nautique G23, Swanson started his first pass with a huge alley oop and multiple switch and regular shuvs and went on to lock in his first place finish with a blind gumby shuv in his second pass scoring 97.00. In second, Jacob Caster (USA) pulled out all the stops, landing a solid 540 big spin and a truck driver air to score 90.67. John Akerman (USA) placed third with 87.67 points using his huge amplitude and throwing a clean 3 shuv transfer.

“This was by far my favorite contest of the whole season! It was great to meet a lot of new people and The WWA was on point this weekend by keeping everything organized in a super fun environment. I’m super hyped to win this contest this year and you will definitely see me here next year trying to defend the title,” commented Camron Swanson.

The Nautique Wakesurf Series provides the pinnacle of wakesurf competition, creating a platform for athletes to come to define themselves as the sport’s elite with six stops spanning the globe.

For more information on the Nautique Wakesurf Series CLICK  HERE. 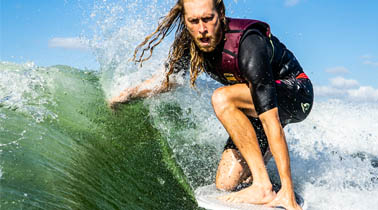 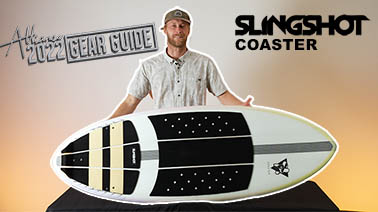 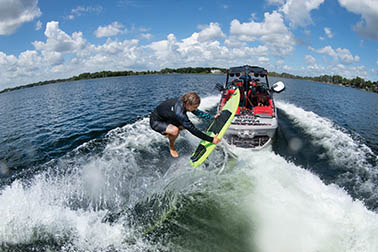 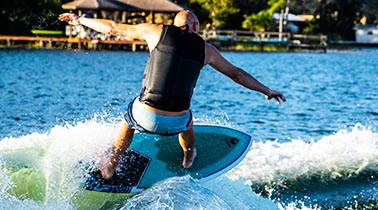 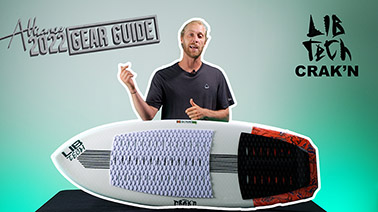