Naga, Philippines (October 30th 2016) Perfect conditions and epic riding set the tone as professional men and women take to the water here in paradise. The second day of the world’s greatest wake park contest delivered nothing short of the best show we have ever seen in wakeboarding and wakeskating. Amateur Features Only riders took to the water for the first time today along with Professional Men and Women Wakeboarding and also Professional Wakeskating.

CWC took a trip down memory lane last night as they premiered “throwback” videos from their first events as the park is celebrating their 10 year anniversary in part with the 2016 WWA Wake Park World Championships presented by Nautique Boats. Camsur Watersports Complex has been a staple in the progression to wake park riding since the park was built by Congressman LRay Villafuerte. For the past decade CWC has played host to some of the most monumental moments in wakeboarding and hence why the 2016 WWA Wake Park World Championships was destined to be hosted by CWC. 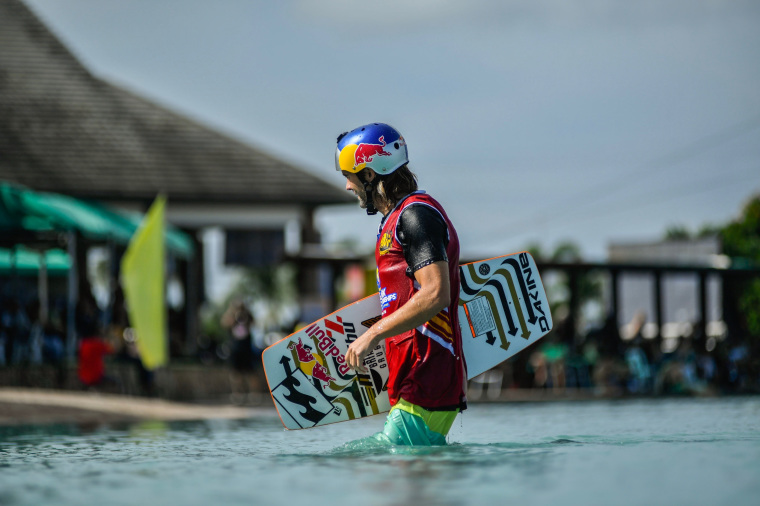 Today’s action had the equivalent to the same feeling as it being a final as the riding was that mind-blowing. Pro Wakeskate saw Belgium’s Victor Salmon ride solid to advance to the final tomorrow along with Denmark’s Kasper Laugesen, USA’s Andrew Pastura and Germany’s Andy Kolb. Highlights from wakeskating included Pastura’s effortless frontside flip and technical rail hits while Andy Kolb destroyed the kickers. 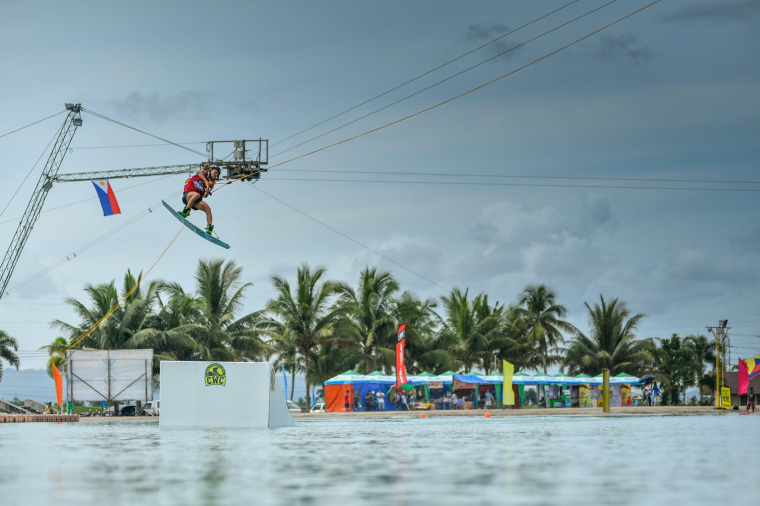 Professional Women hit the water in the traditional cable division and put on quite the show. The women showcased perfection in their ability to hit Pro Men caliber rails, different 720 variations and all sorts of mobes in the flats. To no surprise reigning World Champion Julia Rick from Germany scored a perfect score of 100 as she aced the entire course. “I was so stoked to land both my 313 off the flats along with my backside 720 which is so easy off of the perfect kicker they have here at CWC” says Rick. Julia was not the only one to feel that way about the facility and vibe here at CWC. The energy and positivity down on the dock from all the riders, parents and fans was all time. Having 200 plus riders staying here on site, riding together, eating together and mingling in between brings all these nations of the world together in peace. Executive director of the WWA Corrie Wilson was extremely impressed with the comradely between all the riders. “The Wake Park World Championships are always such a fun event to be a part” says Wilson, “I love seeing new talented riders from all over the world show up to compete among the best. 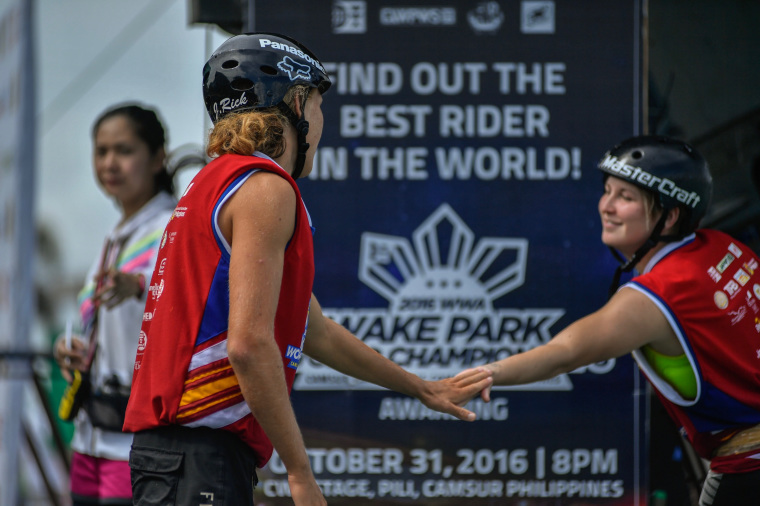 The Professional Men closed out the event for the day and what a banger division to do so. The first ever toeside backside 1260 in an event went down in the Features Only division by Australia’s Sebastian “Busty” Dunn. Busty also won his Traditional Cable heat with another perfect posted score of 100. But Dunn wasn’t the only one showing perfection on the water, Guenther Oka from the USA also found himself a score of 100 after he performed a flawless run of rail hits, big kicker tricks and mega flats moves. Oka also qualified through to the Features Only semi final tomorrow morning that will only guarantee to see the heat get turned up when it comes to wild tricks going down.

The 2016 WWA Wake Park World Championships comes to a close tomorrow evening as we will be crowing world champions from all over the globe here at CWC. Titles will be given out in over 20 different individual divisions along with country titles and lastly Professional Men’s WWA Wake Park World Series overall titles. The 2016 wakeboard and wakeskate year will be finished out tomorrow night with a World Championships celebration with a Halloween theme. What an event this has been so far and its about to get even better!

About Nautique Boat Company: Celebrating 91 years of excellence in the marine industry, Nautique is a subsidiary of Correct Craft and has been on the waters of the world with a passion for innovation since 1925. Nautique is known to push the envelope of possibility on the water, and our owners have come to expect nothing but the absolute best. The Ski Nautique 200 has changed waterskiing with 19 world records, the G-Series has won numerous awards for wakeboard boat and wakesurf boat of the year while unlocking new possibilities in wakeboarding and wakesurfing, and our Sport Series has given families endless days on the water without compromise. Through our Nautique Cares initiatives we’re dedicated to not only making a difference on the water, but to people in need around the world. The world’s best ski boat, world’s best wake boat, and a company that cares. To learn more visit Nautique.com.