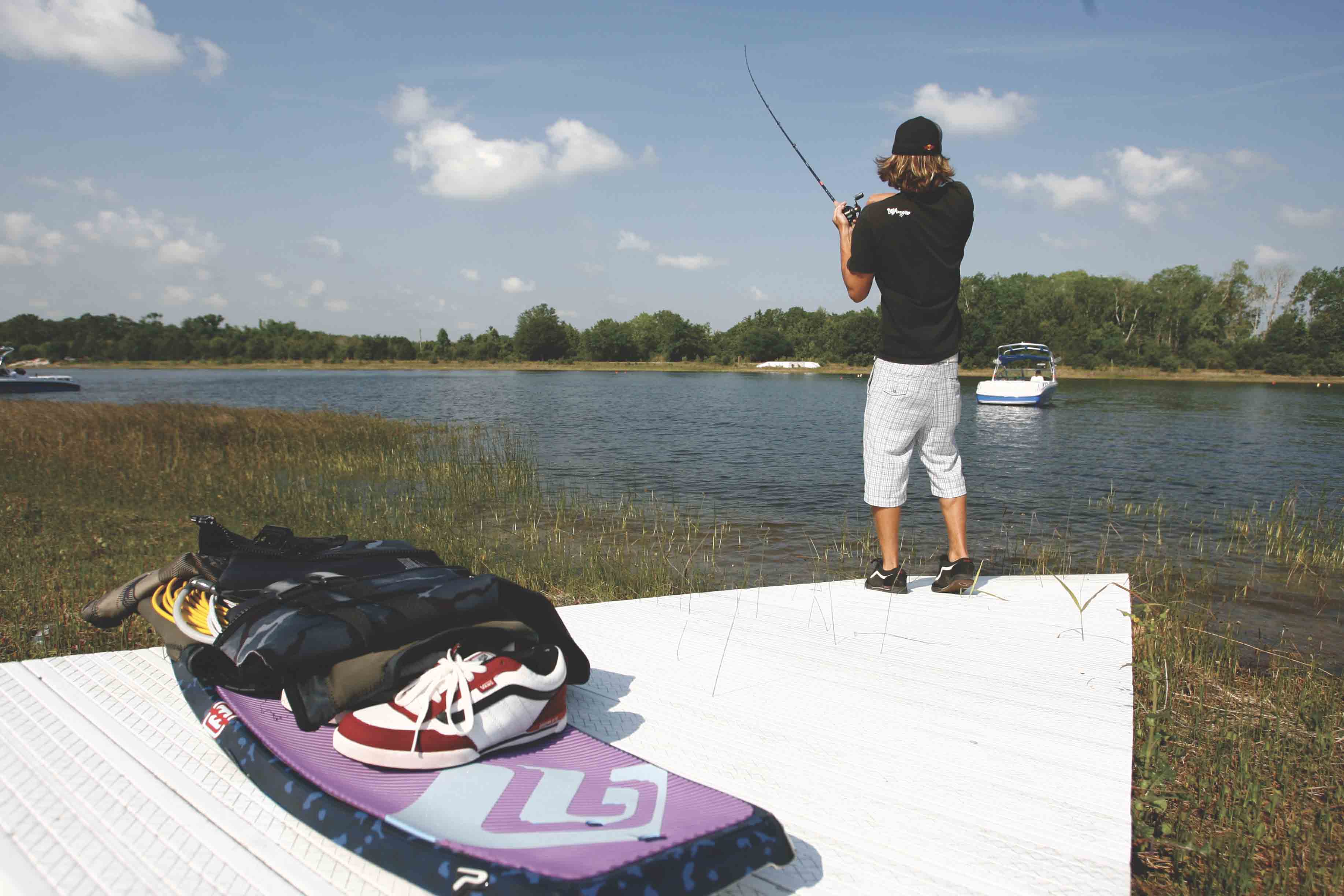 Grubb casting one out (photo: Cortese)

It’s the first stop of this year’s Toe Jam, and I’m standing on the dock next to the most bronzed young man I think I have ever seen. Where did I go wrong? I barely squeaked by into the top 16 yesterday to make it to the head-to-head rounds for the boat competition today. I love the boat. So I showed up on time, picked a number from a hat and sealed my fate in the first round against Nick Taylor, the Bronze God.

Two years ago this may not have seemed like such a threat. But now I’m here, two years olderm and Nick just seems two years stronger, smarter, and better. Much better, He rode first, rode well, and I went out and ended up having the best run n my history of Toe Jam boat competitions. But it wasn’t enough. That boy is good, and he’s not alone.

Scott Byerly’s Toe Jam has replaced the Pro Tour as wakeskating’s main, multi-stop, competitive arena. The first contest in April hosted a field of over 40 contestants, all ready to stake their claim as wakeskating’s next big thing. Obviously there area a few standouts like Nick, but pretty much any of these 40-odd kids had the stuff to get into the finals. What a difference a few years makes. It’s really cool to see kids coming up from all different aspects of wakeskating, and the Toe Jam caters to that with its new, four-stop series format. Each of the first three stops focus on three different areas of wakeskating — boat/PWC, cable and winch. Scott has also included a bonus round on Day Two for anyone who makes the top 16, which keeps the incentive there to be a well-rounded rider.

Now, fast forward two weeks. Here I am again on a starting dock. This time it’s at the Wake Games in Orlando, and this time I’m standing next to the tallest 17 year old I know, Reed Hansen. Man, the luck of the draw is not on my side. I think I feel another two years older and it’s only been two weeks. This time I didn’t ride so well. Decent, but not the best, and you guessed it, back to the jeans and the NOTBEER coozies for the rest of the weekend. But really, luck had nothing to do with it. If it wasn’t Reed Hansen and Stuart Shinn in this heat, it would have been Nick Taylor and Danny Hampson in the next. All of a sudden I feel like shaving.

So, all in all I’ve recently learned that wakeskating is not, and will never be, the same as it was last year, or even last week. And with all this new talent, who would I bet on week in and week out to win any contest? That’s easy. Brian Grubb. With all these new names in the mix, you’d think that would have changed, but it hasn’t. Boat, PWC, winch, if Grubb doesn’t win, he’s biting at the heels of whoever does. Brian Grubb has proven again that nothing can beat time on the water. There is no substitute for it. My money’s on Grubb.

So my advice to anyone who plans to attend any of the wakeskating events throughout the year is to just ride. Stop complaining about the wind, because the wind doesn’t care that it’s finals. Just get out and ride. Winch, boat, PWC, cable, it’s all time on the water. Look out Grubb, I’m catching up!