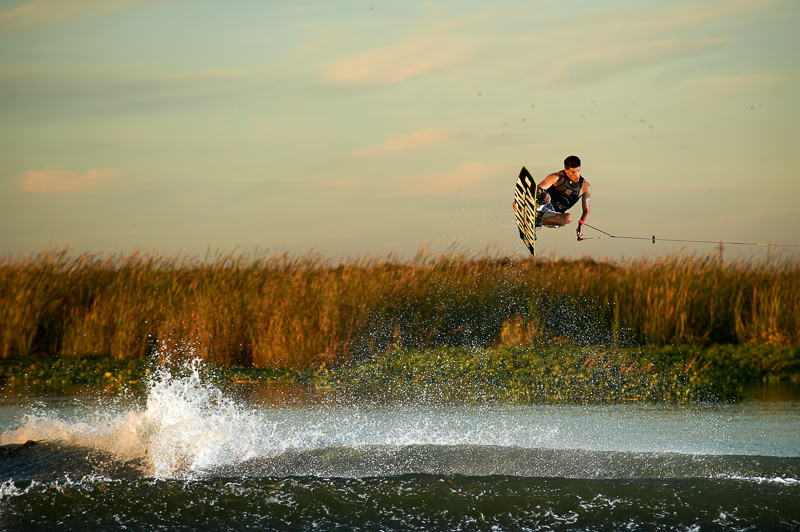 Another Dog Day on the Dirty Delta // photo: Rodrigo

I was first introduced to Jacob Valdez in 2004. He was a tiny, ten-year-old ripper who’d just won the Jr. Boys World Championship and came to Mike Schwenne’s West Coast Camps to improve his riding even more. Over the years the spotlight stuck with Jacob as he progressed into both a solid competitive and free-rider. For most in the industry, he and his older brother Eddie were the obvious heirs to the Southern California wakeboarding scene. Injuries and the recession took their toll on both Valdez brothers though, and for a while we didn’t see much of either of them. That has changed over the last couple years for Jacob as he’s gotten healthy and dropped one hell of a section in the new video Dog Dayz. While the real world has Jacob going in directions away from wakeboarding, his heart and soul still keep him tied to it, which is good for the rest of us, because his riding and passion are the types of antidotes the sport needs.

Alliance Wake: How do you feel about your part in Dog Dayz?

I’m really happy with my part. A lot of my days filming came after working, so I didn’t have as much time to film, but I wanted to show my perspective on life now. I was thrown a curveball as far as life choices, but knew I couldn’t throw away the opportunity to film for the video. I was able to take it to my advantage and show that I am able to work a real job and still be able to film a section to mine and Trever’s liking. After putting in all the work I’m happy it paid off. Everyone killed it and we all worked together on the one side and Trever put everything else together. 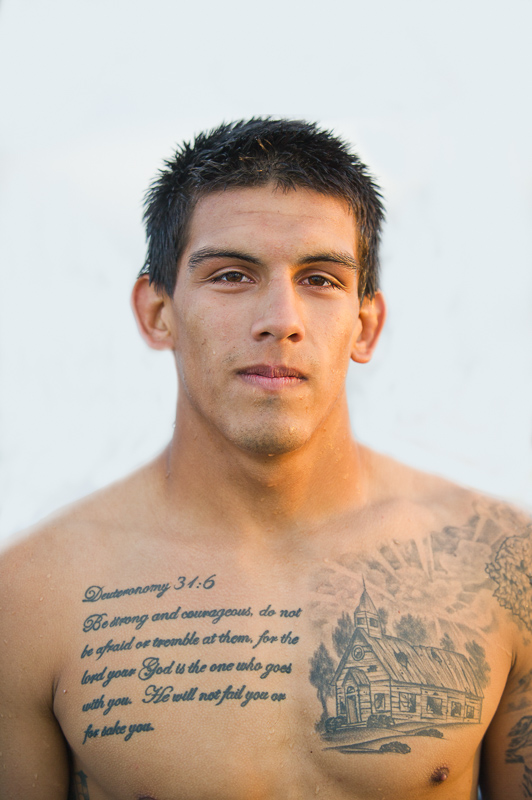 It seemed like your section was really well received by riders and fans alike. Was this your first big video section? Yeah, I’m stoked on that. This was was first real video section. I’ve always wanted to film something big. I’ve always wanted that opportunity and Trever made it happen. I was so pumped I was able to put something together, even though I have this job. What was the decision like to get a real world job? It wasn’t easy. Growing up around wakeboarding I learned that I was going to have to make a change in my life at one point or another. And I’m not the person to wait till I’m in my 30’s being told what to do by a youngster. I made the choice to move on from little side jobs I was doing to something bigger. How’s it been going so far? I thought it was going to be a disaster, but it turned out being something that I’m glad I did. It’s actually because of the job that I was able to do more filming. It allowed me to get a new car so I could make the trips up to Nor-Cal to film with the guys. But I tried not to take too much time off from my job to shoot because I feel like that just reflects poorly on me as an employee and could make other employees bummed out. So I’d work and then just go straight to the water. Honestly, working a “real job” is tough, but It allows me to appreciate being out there and do the things that I think about throughout the day. 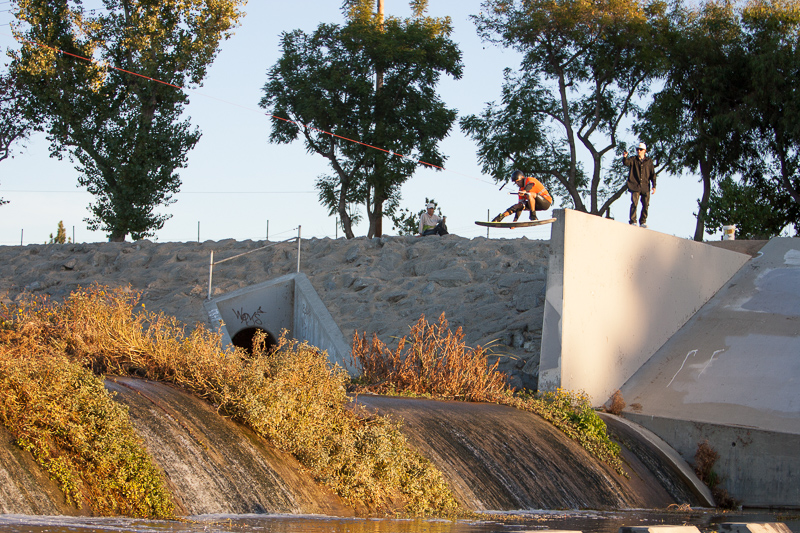 You missed some significant time with injuries and being on the West Coast you weren’t heard from as much. Do you feel like people had forgotten about you and your wakeboarding? Yeah, I blew my knee and was out for a while. After that I wasn’t able to go to as many contests or get out and shoot as much, so I wasn’t seen as much. There were also some brands that had been supporting me that threw in the towel when I was injured, so it was a combination of things. But it is what it is, I tried not to let it affect me. I know what type of rider I am. One thing that helped a bit was the 2014 Less Than 5 contest. I was out in Orlando for Surf Expo and riding with friends and came to watch. One of the invited riders couldn’t make it, so you asked me if I had my board and if I wanted to fill in. I was like, “Hell yeah!” I think I made it through the first round and all the guys were pumped for me. That felt like a bit of progress. I’d been really itching to film a video edit though, and then I got a call from Trev one day telling me about Dog Dayz. A few months passed and then Randall and I headed up north to start filming on the Delta. This was a huge opportunity to showcase my riding. I made it a priority to get in front of a camera at every chance I got – I was motivated to have a good section. You grew up not only on the water, but around some of the most influential West Coast riders like Randall, Melissa, Ricky G… and you were getting coverage in mags as early as 2003-04. Did you ever contemplate making the move to Orlando though? I definitely thought about it. When I graduated high school I bought a one-way ticket and was out there for a while, but then I blew my ACL. That was a bummer. I was riding the best I’d ever ridden, too. As I was going through the rehabilitation process and was thinking about real life later on, I realized living in Orlando full time wasn’t going to be for me. This might sound cheesy, but I looked at Lebron James’ situation going to Miami. He left his hometown to join up with and be around the best players so he could go get a ring. I asked myself if I could leave my home to be in the scene more in hopes of having a better wakeboarding career, or whatever. I honestly couldn’t see myself living in Orlando and being truly happy. I could have lived there and been a really good wakeboarder, but I might not have been truly happy. And that’s not because I dislike Orlando or other wakeboarders or anything like that, there are just a lot of things that come with living in California that I couldn’t do living in Florida, and Cali is where my home and heart are. So I didn’t move back after I recovered from surgery. Do you feel like you got passed over by some companies or weren’t given a fair shot for sponsorships/contracts? I feel like peaking at young age put me into a spotlight early, but real life happened later on and after a while I think that spotlight slowly dimmed away. There have been wakeboarders before me that had a lot of talent and weren’t able to reach the contract level where they could survive solely on a wakeboarding income. It’s becoming more of a common thing. It’s hard to support yourself and be able to remain relevant. I do whatever I can now for the sponsors I do have. They have a huge motivation on my riding and have always supported me, and I will always support and promote them to the best of my abilities. With the full time job and and not riding as much as you used to, do you still consider yourself a “pro” wakeboarder? I think so. It’s funny because being a pro wakeboarder would be the last thing I’d ever tell someone. Not saying that I’m not proud of the skills God has given me, I just don’t talk wakeboarding when I’m not wakeboarding or if I’m not with wakeboarders. I normally just keep everything to myself. I like to think so though. Having a job hasn’t killed my passion for the sport, it’s just something for my future and to be able to grow up and support my own.

What’s the best thing in wakeboarding right now? There are a few things… Seeing posts by Keith Lyman of him getting out and riding again. Ever since I was younger and I watched Invisible Cinema with Keith’s section, I’ve been a huge fan. He does every trick with a purpose and passion – he doesn’t do it just to do it. When I was younger I got to spend three weeks staying at his house and riding with him – that’s definitely one of my highlights. Other best things: contests like the Jamboree and seeing the things that can be done with a System 2.0. And X-Games Real Wake. Best contest, hands down. What’s the worst thing in wakeboarding right now? I think we all know what’s wrong with wakeboarding. For the ones that don’t, you’re too busy brown nosin’ to get the picture. What’s next for you with wakeboarding and life? I really just want to keep the ball rolling. With the movie dropping I feel really excited to keep getting in front of a camera. I am always trying to find different places to hit on my board and will continue to enjoy what I love. With work I’m continuing my carpenter apprenticeship to become a journeyman and higher. It takes an average of four years and about 6,000 working hours and 650 school hours to complete – so it’s gonna take some time, but I’m excited to get there. 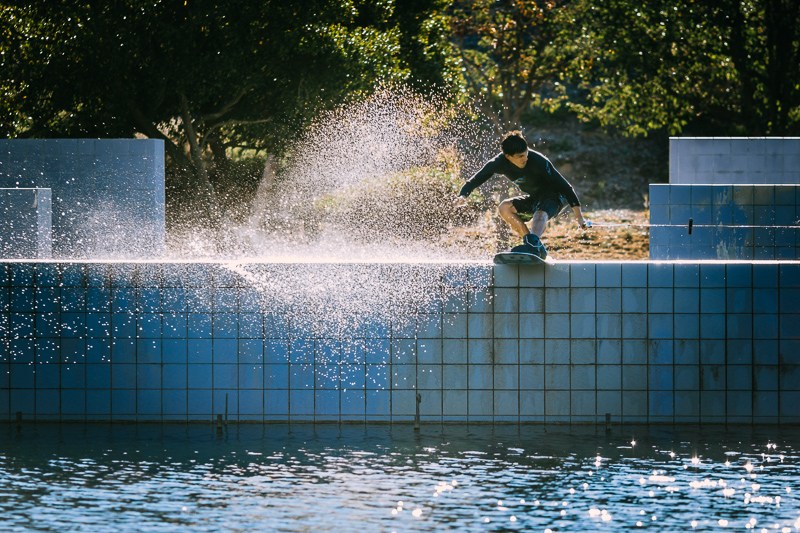