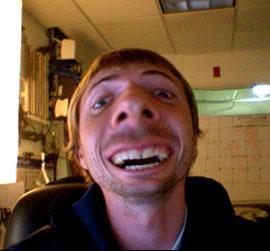 Southern California is known for its gangsters, freaks, tranqs, lobos, and zip-heads. While that bit of information is nice to know for those of you wishing to travel to So-Cal, Keith Kipp grew up here, and has been ripping on coastal liquid for quite a while. He’s rarely found without one ear to the phone, one hand on the keyboard and the other hand cradling a newborn, like some kind of Spiderman villain. He doesn’t swear, he’s never done drugs, no jail time, he was never involved in a pyramid scheme three or four years back, and doesn’t sauce. These attributes alone make him the multi-tasking, seven-fingered, big-budget, nipple-pierced, neck-tatted, producer of a man that he is. Keith used to sell cheese wheels on the I-5 North on weekends to support his Dungeaon and Dragons addiction. He is Southern California wrapped in cellophane.