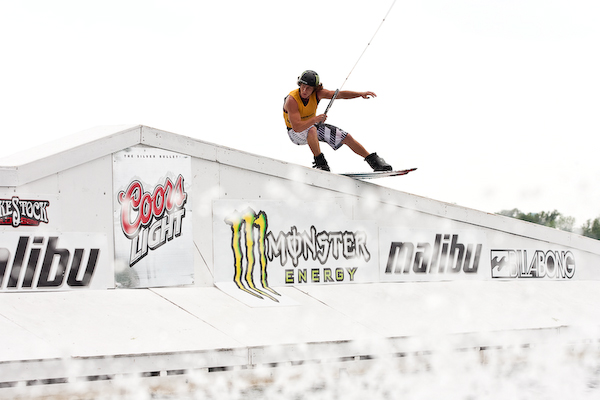 While Sunday’s weather was not as picture perfect as Saturday and more than a few “Wakestockers” were slow getting to the park after a big night out, by Sunday afternoon the spectator stands were full for the WWA World Series wakeboard finals. And it what an incredible finals to see stacked with the world’s very best! 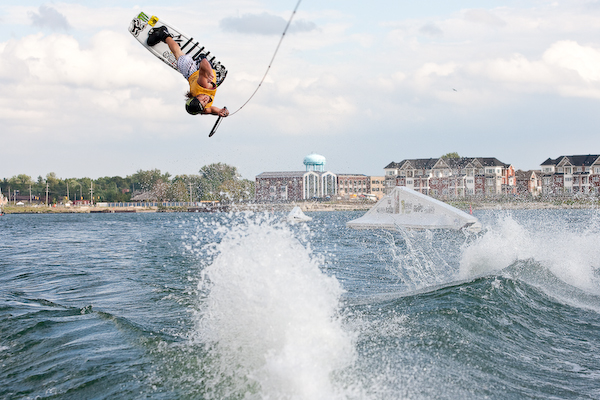 While the water conditions for the finals weren’t as perfect as for the qualifying rounds the day before, that didn’t stop some of the best wakeboarders and wakeskaters in the world from stepping up their game. With a $25,000 prize purse, WWA World Series points and the coveted Wakestock belts on the line, there was still plenty of riding left to be done. 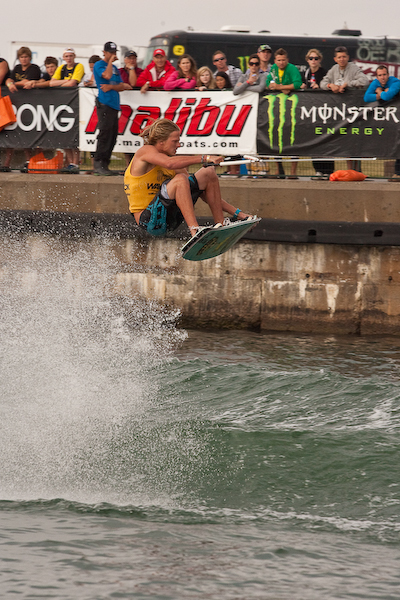 The action got under way with the Billabong Pro Women’s Wakeboard finals early. Despite a morning rainsquall, the 8 women finals kept rolling and in the end it was American Melissa Marquardt walking away with the victory, followed by Canadians Erika Langman and Leslie Sparkes. “I’m looking forward to next year – the crowds at Wakestock are sick!” reflected Marquardt on her inaugural Wakestock experience.

Up next was the 6 man final for the Malibu Boats Pro Wakeskate Championships, presented by Monster Energy and Billabong. Leading the way into the final round were past Wakestock wakeskate champs Stuart Shinn and Brian Grubb. They were joined by last year’s runner up, Grant Roberts, James Balzer, Yan Lecomte and Dan Brown. They had the best water conditions of the day allowing for some incredibly tech trick to be thrown down. Roberts laid down a big run that was highlighted by a wake-to-wake Front Bigspin for his last trick. In the end, it was Roberts walking away with his first ever pro win and the prestigious Wakestock belt!

“The weekend was rad,” claimed Roberts. “It was a super good vibe, good music and good riding. It’s sick to see so many people come out for a wake event. Definitely one of the most fun wake events of the year for sure. And I’m stoked to get my first pro win here.” 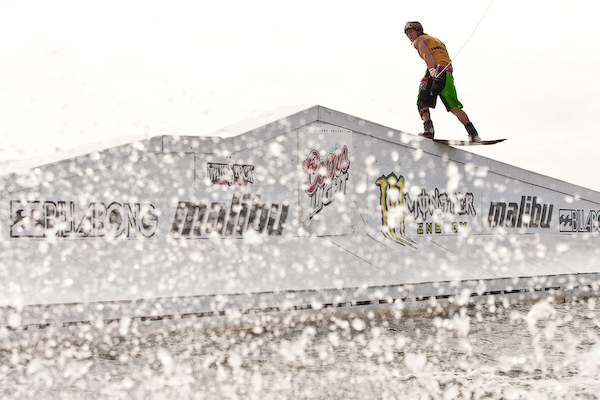 Up next was the Billabong Pro Wakeboard Championship which saw a 16 man quarter-final cut down to an 8 man semi-final. While the wind picked up during the heats making for tough riding conditions, everyone still threw down solid runs. Advancing through were past Wakestock champs Aaron Rathy (defending), Phil Soven, Andrew Adkison, plus Trevor Hansen, Shawn Watson, Olivier Derome and Austin Hair.

The field was then cut in half for the 4 man final and it was comprised of the some of the biggest names in the sport: Phillip Soven, the WWA World Series overall points leader, Aaron Rathy, the defending Wakestock and World Champion, Bob Soven, the current points leader for the King of Wake and Andrew Adkison, a former two-time World Champ. Bob Soven was first off the dock and took advantage, as the wind seemed to drop a little for his ride. In the end, it was Bob who prevailed in the challenging conditions to earn his second ever, professional victory, just ahead of Aaron Rathy, Phil Soven (older brother) and Andrew Adkison.

“I had a great weekend; I partied and danced a lot and I had a great roommate, Mr. Shane Bonifay,” claimed Bob. “The contest went awesome, it was pretty windy in the finals but it was still fun. Last year I made finals and probably got the worst water, but this year was the opposite and I got the best water. In the end it allowed me to do what I came here for: to win and to dance.” 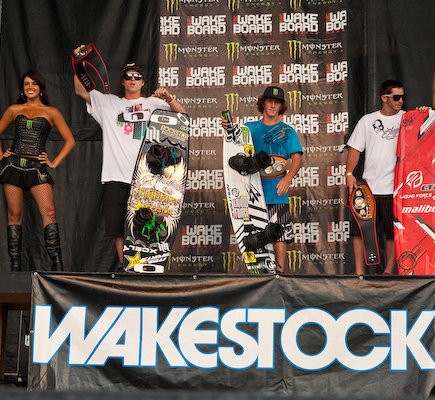 As Chuck D of Public Enemy proclaimed at the end of their incredible sunset Wakestock performance – “Long live Wakestock!” See you next year! 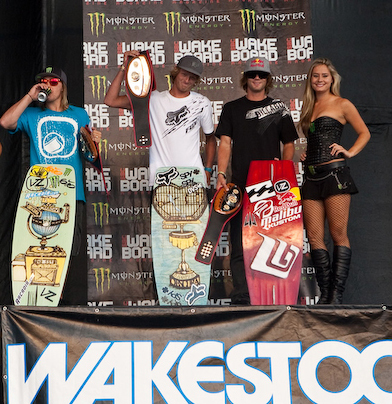 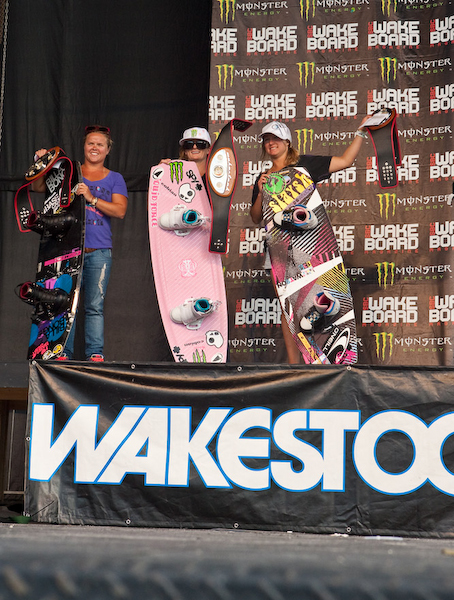