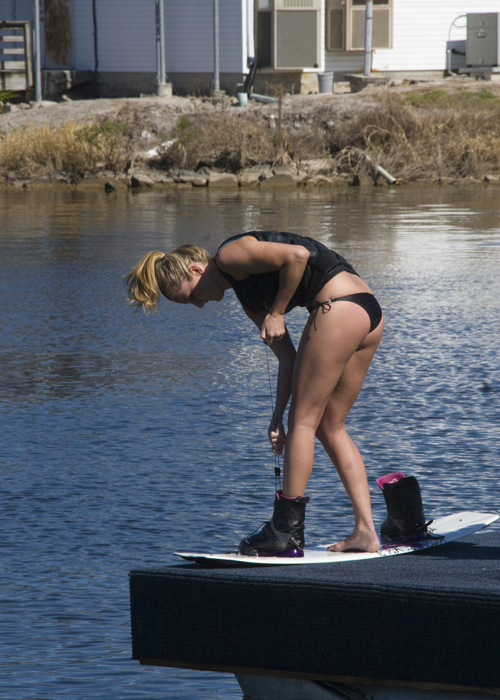 The collegiate season is finally wrapped up and 50 teams have stated their case on who is the top. It is based on a few criteria such as preseason rank, points, number of events competed, and how good the upper level riders are. The teams this year really came out swinging.

Tampa Florida was the final stop to the 2011 Collegiate Wake Series and it did not disappoint. Two of the top three teams attended. One was the defending national champs University of South Florida. The other is the current number 1, Arizona State Wakedevils.

Showing why they are number 1, Arizona rolled 13 deep all the way across the country. They aren’t stacked up top, but are solid across the middle. They finished 2nd behind USF, but that was enough to bump them to the top spot.

South Florida took home the win that weekend, showing strong on the top end of the riders. Lewis Link(1) and Ryan Hedstrom(3) both took a podium spot to secure the win over ASU.

The weekend was a perfect ending to the 2011 Collegiate Wake Series, with many thanks to MarineMax, Nautique, Tower Lake Ski Team, and all our sponsors.

With the event being over, the final standings are in place. The top 16 teams of 2011 certainly deserve it. Almost every team competed at 2 events; that is a big jump from the first 2 years.

So let’s get into it and break it down!

#16 Central Washington – Eddie Roberts and company decided to show up last minute and throw a wrench in CWS Chico. Even though they had a small team, they finished strong.

#15 Kentucky – Ryan Gillen has done a great job with this club. It is their first year with the Collegiate Wake Series and helped us push into an all new region. They won the CWS Louisville event and are going to keep getting better.

#14 Georgia – They brought a good team to Atlanta and have shown tremendous growth since they began 2 years ago.

#13 Sam Houston St. – There is a good chance Cole Clements is the top rider in the country. We are hoping we get to see how he stacks up at the Championships against some of the other top riders. The team rode in 2 events this year and did well behind Cole and the top wakeskater Quinn Kaufmann.

#12 Florida State – This team took a big hit this year. They seemed to have lost their swagger that they have had the past 2 years. They have been top 3 but now dropped to 12. They still have a deep team and if they can get it together by April might be the upset story for a few teams.

#11 Baylor – The Bears lost a few riders since last year, but still sitting right in the mix. Pat Hamner is still around and when he is having a good day, he will make yours tough. They are a tight team and always pull it together for the Championships.

#10 Texas – This team seems to be missing it’s top riders from last year. Witt Finely graduated and Steven Cahil was nowhere to be found. Holland Finley and Brandon Kee are going to have to hold the Longhorns together. If I had to guess, I would say expect to see some new faces in Las Vegas.

That wraps up number 10 – 16. We wanted to leave you hanging on how the rest of the teams stack up.

To see more you can also check out at EMPIRE U