By billmccaffray  •  10 years ago  •  Wakeskate, Wakeboard 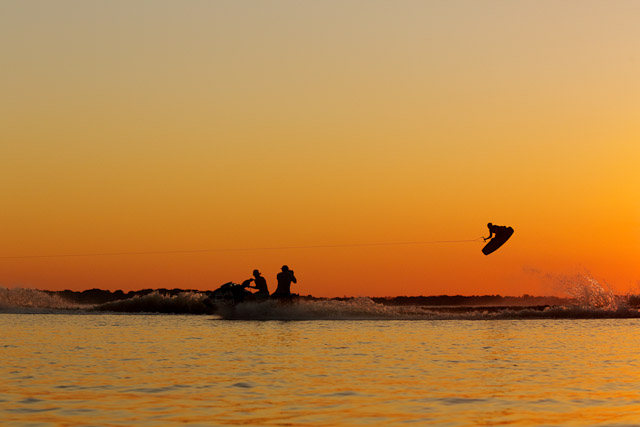 Has the web edit killed the video star or is there a legitimate future for full length films? Maybe if we put them on VHS…?

You know how every time you pack to head home from a trip you can never make everything fit like you did before you left? It happens every time. Everything starts off neat and folded and fitting perfectly, but no matter how hard you try at the end of the vacay you’ve somehow go to squeeze a pair of shoes or all your dirty socks in your carry-on… Well such is the case with this year’s version of The List. You can read the full, neatly packed article in the issue of Alliance that is out right now, but of course we couldn’t fit everything. Thank God for the Internet; our spillover is now your seven minute hooky session from work. Read on to see all the other things we deemed cat’s-pajamas-cool, insistently asinine, or somewhere in between.

The Hypocrisy of the Internet
Don’t get us wrong, the Internet is freaking awesome – we’re using it right now – but it is by no means perfect. First of all, the Internet has effectively killed off the traditional wakeboard/wakeskate video. Back before the days of Facetube and “This Blog Is All About Me ‘Cause I’m Important Too” we could look forward to at least four or five really legit, full-length wake videos every year. Now we get two-minute clips several times a week on all sorts of websites, which isn’t necessarily a bad thing, but it leaves us debating the quantity versus quality aspects of it all. There is something to be said for a group of riders and a filmmaker spending a season (or two, or three) to get their best tricks and their new tricks from cool, thought-out angles with the best light in great locations. Those full length sections in the full length videos had impact and carried weight. Riders, industry insiders, media and fans could all dissect them, discuss them, and get stoked on them. Of course, that can happen with a web video, too, but only until it’s been replaced by 14 other videos in a matter of ten days. Web videos, when done right, can have a quick hit of staying power, but it vanishes as quickly as it was posted. A solid full-length part in a big movie can have staying power for a year, and in some cases for a career. Full-length parts got riders the respect and admiration from the industry and fans they deserved. Sponsorships could be earned, incentives could be had. The web has made it to where riders suddenly have the need to constantly post something so people don’t digitally forget about them, and they get little for it in return. If anything they get more flack and grief from the idiots hiding behind their screens with nothing better to do than to type something negative hoping others will take the bait of their trolling and a flame war ensues. At any rate, the Internet isn’t going anywhere, and neither is the web video. Instant access to our favorite riders isn’t a bad thing, but hopefully we can start to see more quality to go with the quantity, and hopefully both riders and video makers can start being rewarded more for that work. 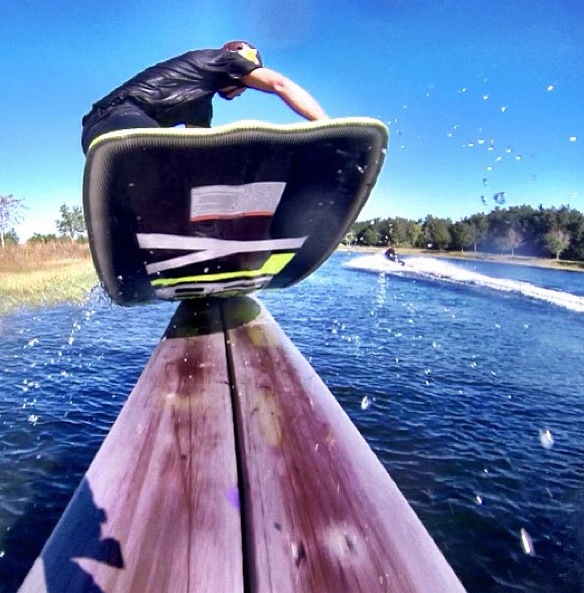 Brenton Priestley shot by Collin Harrington on the GoPro 3. Get one and then get up in there and get you some…

GoPro
Getting good video of yourself or your buddies riding used to be a pain in the ass and would usually empty your wallet pretty quickly. Usually both. Thanks to GoPro it’s no longer an issue. Plus, GoPro has continued to improve on their original camera and make cool, functional accessories, which only means it’s that much easier for all of us to post cool videos of ourselves on our FaceSpace bulletin things. 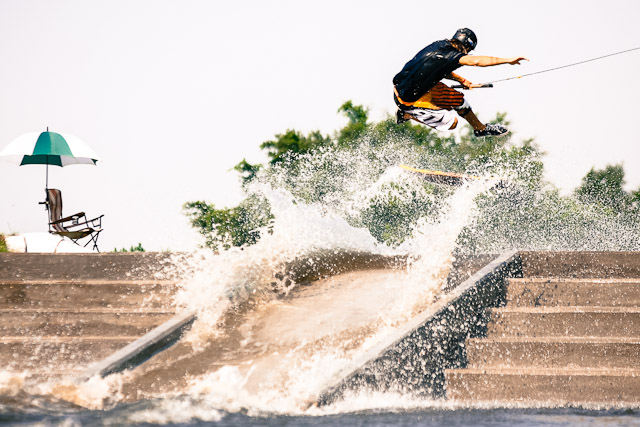 Dieter Humpsch
Dieter Humpsch might just be the most talented guy in wake these days. Actually, Collin Harrington might have something to say something about that, which leads us to believe they might actually be related. Not only is Dieter unbelievably good and insanely stylish on his wakeskate, but he just released one of the coolest wakeskate videos ever made. Noisia Vision is the cat’s pajamas and Dieter’s work as a filmer and editor definitely deserves some hearty praise. Imagine if he and Collin teamed up on a project together… some crazy wakeskate, wakeboard, surf, fishing journey of epic video proportions. GoPro might explode from stoke overload. What if Collin and Dieter could somehow have kids… über creative watermen kids… 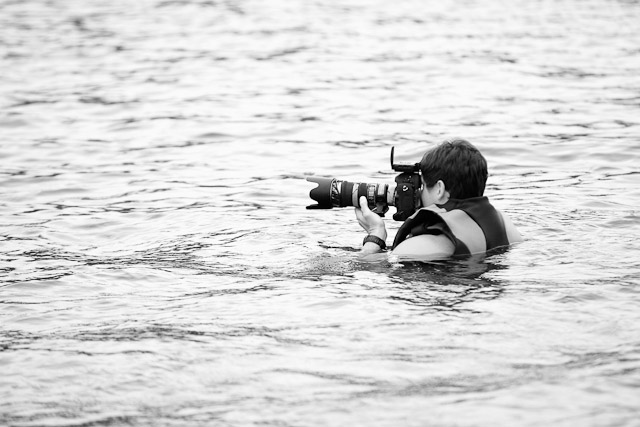 The flash-master worked hard for the money in 2012 and shined a new light (pun intended) on the world of wakeboard photography.

Chris “Flash” Garrison
If you’re a photographer and your nickname is “Flash” chances are you’re in way too deep. Not so with Chris Garrison. Chris jumped into the pro wake scene this year with some super creative flash photography that included new rails, broken mirrors, and a lot of other craziness. He scored a couple covers of Alliance and has since been shooting like mad with the who’s-who of wakeboarding. We’re a little concerned that with all the flash shooting he’s been doing a good portion of the top riders are going to start going blind, but as long as the photos are good we’ll keep printing them! 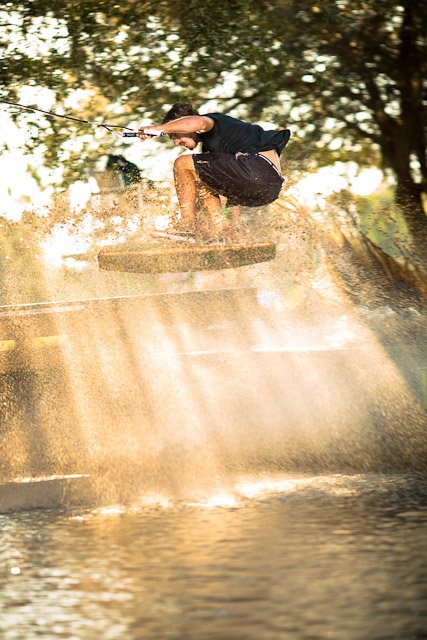 You know you’ve done something right when riders are landing brand new tricks in contest…Andrew Pastura.

The Wakeskate Tour
Yeah, we already mentioned this in the magazine article, but it deserves mentioning again. The Wakeskate Tour was awesome and did an unbelievable amount for the sport on a shoestring budget. Props to all the guys who worked so hard to make it happen.

Nitro Circus 3D
With or without Parks Bonifay this movie would still be awesome, but the fact that Parks Bonifay is in it and doing crazy ass stunts with Travis Pastrana and gang makes it that much more badass. Plus, the 3D of this movie is so well done. It’s crazy seeing some of the guys fly at you off the screen. We have no idea how they got some of the shots they did, but it was well worth the price of admission. Get your popcorn! 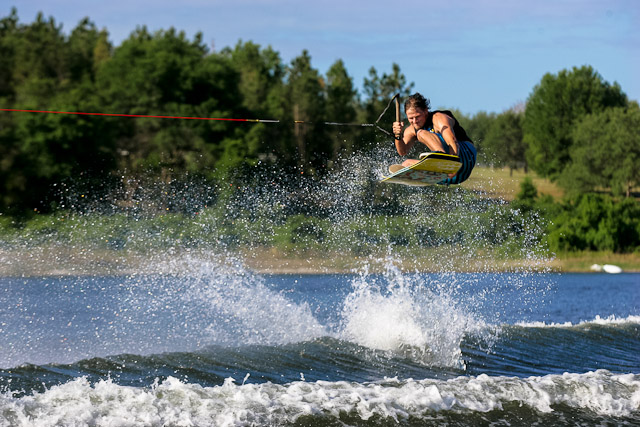 Grant Roberts knows the importance of diversity: In schools / the workplace / and most importantly, while wakeskating.

Wakeskating Behind the Boat
The boat is root from which wakeboarding and subsequently wakeskating grew. Wakeskating behind the boat is awesome, especially with some of the moves guys like Reed Hansen, Dieter Humpsch, Grant Roberts, Danny Hampson, Brian Grubb, Stu Shinn and others are dropping. It’s not every wakeskater’s cup of tea (which is fine), but you have to respect it. For those who don’t respect it or the guys who pioneered it, shame on you. If it weren’t for guys like Thomas Horrell, Scott Byerly, Brian Grubb, and Aaron Reed riding behind the boat when wakeskating was in its infancy and trying to stand on its own away from wakeboarding, the sport would have died. That means it would never have had the opportunity to blossom into a sport that utilized all different types of pulls and opened up to all different types of styles. Basically without the boat and the pioneers, you wouldn’t be doing what you’re doing and looking cool to the 23 people online who give you props.