Ladies and Gentlemen the rumors are true! Alliance is officially 10 years old now. I guess it’s time we start brushing our own teeth and quit punching our brother in the gut. Maybe we’ll start liking girls soon and also figure out what the heck that 1 eyed monster downstairs keeps standing up for.

So what does it all mean to you? I guess what we are trying to say here is that the new 10 year anniversary issue has arrived! It’s literally bigger than ever and the wakeboard brands are furious about the amount of cover incentives they are going to have to dish out because of it. Why? Because there are 80+ riders on the cover…Yeah, the new issue is THAT big! 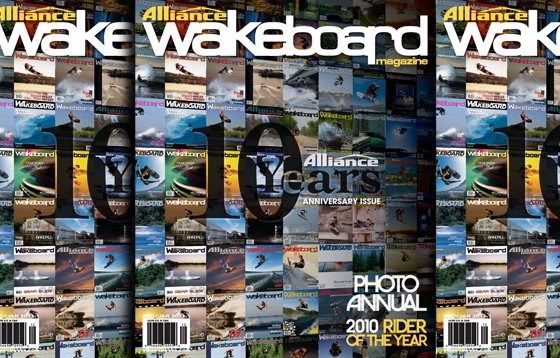 What’s inside of this new 10 Year issue you ask? How about a Roller coaster ride through the past decade of our sport as told by the Alliance staff and all of the past Alliance ROTY’s including Parks, Danny Harf, Chris O’Shea, Danny Hampson and more…It’s been a wild ride since year 2000 and we’ve seen some serious changes in the sport. At the same time we’ve seen some things stay EXACTLY  the same. For example: Parks. He pretty much looks the same, still Parties like he did in 2000, and is still knocking out double flips after all this time. 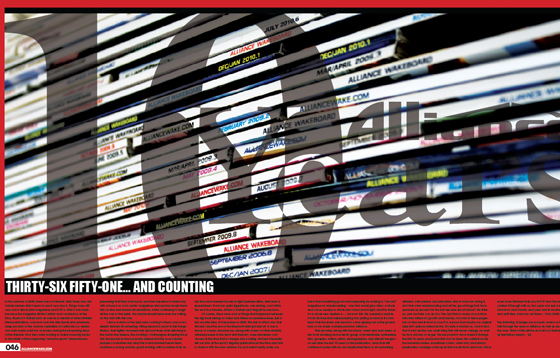 Also, the 10 Year Anniversary issue marks the crowning of yet another ROTY, and for the year 2010 we Crown Tom Fooshee “Rider of the Year.” Tom has absolutely dominated cable riding over the past year but don’t be fooled because he’ll kick your ass behind the boat as well. With the explosion of cable riding and it’s increased accessibility over the past few years, Tom’s crowning comes in due time and also mark the beginning of a new era for wakeboarding. Congratulations Tom! 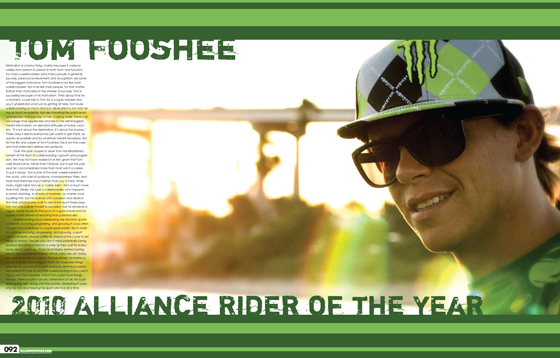 Remember that little thing we do called the “photo annual?” Well that’s also within the pages of the 10 Year Anniversary Issue… It’s packed with 38 of the best photo’s to come across our desks in 2010. All good things come to those who wait, and lucky for us the wait is over, so pick up the 10 year issue and get ready to get an extra large serving of wake. Think of it as the grand finale to your 2010 riding season. 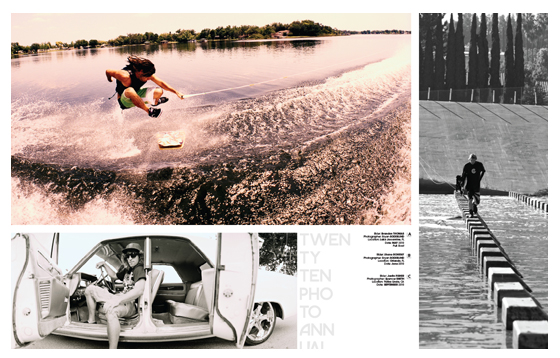