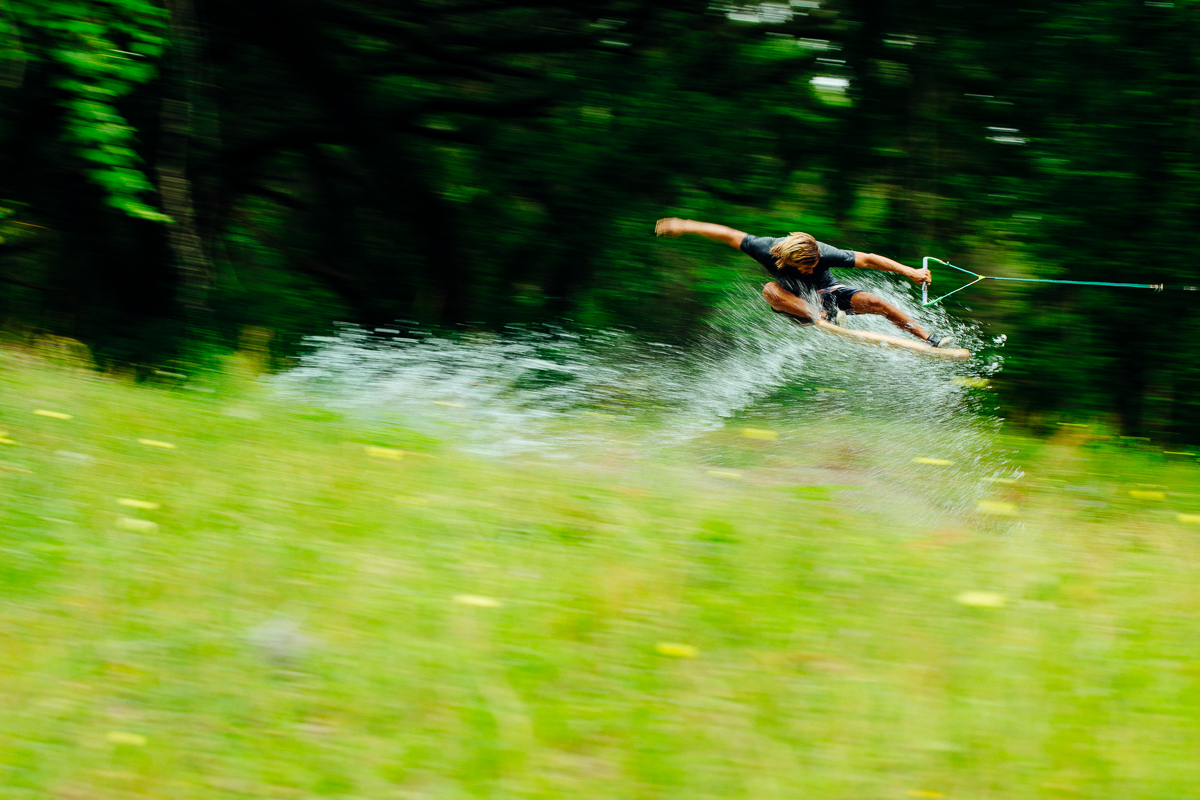 Nick Taylor blurring the lines of art and athletics

For whatever other definitions and meanings we’ve piled on top of it, wakeskating is, and has always been, an outlet for creativity. From its very earliest primordial incarnations, it has existed as an alternative mindset, inherently seeking to differentiate itself from what preceded and surrounded it. To remove all sense of romantic narrative from our roots, wakeskating literally began when wakeboarders got bored behind the boat in the mid-90s and started taking their straps off. The story of how far we’ve come obviously has much more depth and nuance to it – fraught with pink-haired heroes and greedy villains, spillway kings and lakefront chillin’ – but at its very core, wakeskating started as a means to do things on the water in whatever different ways the riding artist could dream of.

Though our moves typically happen on a smaller scale than wakeboarding (Austin’s Texas kickflip and Daniel Grant’s kicker hits notwithstanding), it’s the nearly-infinite possibilities that come with being unbound that gives wakeskating its frontier spirit and wide spectrum of styles. I’ve written before about how just saying the word “wakeskating” can invoke very different imagery of shredding to different minds, but it’s been a fun exercise lately to consider where this imagery actually comes from. After gathering opinions and gaining insight by talking about it with some other wakeskate philosophers/nerds like myself, it seems to be an amalgamation of the photos and video clips we’ve been exposed to that we each feel best represent our concept of the sport. And just like wakeskating provides a chance to express ourselves creatively, the act of documenting it adds a whole new layer of possibility.

As a grom, I became completely enamored with the strange little community of “don’t-give-a-f**k”ers who did things the way they wanted to do it, setting out to create the imagery that would define wakeskating for several years, until the generation they’d inspired became the creators in turn. By cultivating their idea of wakeskating through creatively-crafted imagery, moving and stationary, they gave it an identity; one which this misfit Florida kid clung to, and built himself from. Because of what they did and created, I wanted to be a wakeskater. It might sound basic when stated plainly like that, but I think it’s a more profound concept than I’ve ever given it credit for, and certainly one worth reflecting on. When the younger guys like myself and Reed Hansen started to come up, usurping the Toe Jam podiums and shiny magazine pages, we took great pride in feeling like the torch was passing to us, along with the responsibility to push wakeskating further along the path that we thought the Cassette team was taking us down. Being only 16 at the time, I now think we were too focused on simply landing new flip tricks and had seriously overlooked the value of Cassette’s focus on visual arts, stylized editing, and brand identity as a way to draw in new riders. Maybe it wasn’t our role at the time, but I can now look back to see the impact it had on me at the time and the residual effects it still has on the overall feeling of what it means to be a wakeskater. By realizing so definitively the scope of the influence that visual presentation has on what comes to mind when we think of wakeskating, I was even more curious to find out what other riders had to say about the idea. I asked a small, diverse sample of riders what images they first think of when they think of wakeskating. Regarding videos, it seemed to boil down to entire sections, with frequent repeat answers, but the responses for individual photos were far more interesting to me. Many of them were from each rider’s respective first year in wakeskating, the images blazingly imposed onto fresh unjaded minds full of stoke and excitement.

For me, there were only ever two answers. Thomas Horrell’s kickflip over the Asterisk dock (2003) and then later Ben Horan’s back tail at home (2010), both shot by the legendary Josh Letchworth. Retrospectively, the transition between the two seem to mark the time period when wakeskating was shifting from the traditional pull to primarily using the winch to progress and grow. All measurements of time aside, it’s the combinations of wood and water, motion and light that these images have been seared into riders’ and readers’ minds forever. That combination can evoke a feeling of wakeskating that most would say is indescribable. If there could ever be an actual purpose attributed to art, it would be to make the viewer feel something real, something that moves them. Being especially passionate about wakeskating, I’m grateful for every photo that’s ever made me jump out of my seat and run to the water, and I’m feeling a renewed excitement at the prospect of being part of the equation that provides that unquenchable stoke, both in front of the lens and behind it.

Now usually this is the section of my article where I tell you what you ought to do, or offer some attempt at motivating you to get your friends into it and go out to ride; but since you’re already looking at this year’s Photo Annual, I think you’ll find that the images contained herein will stoke you out and fire you up more than my words ever would. 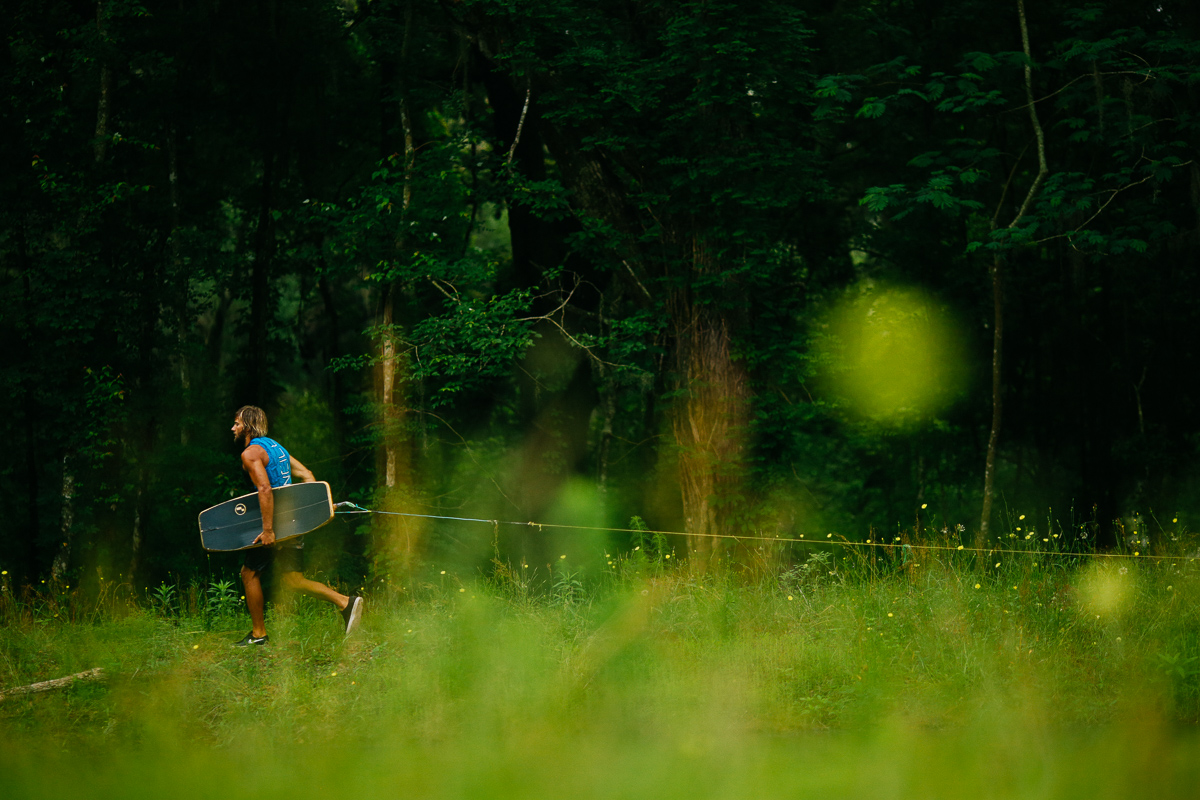