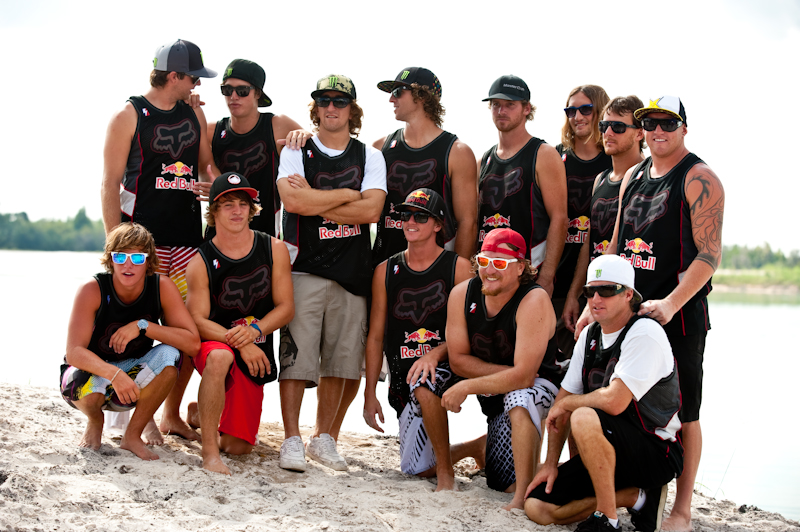 There is one event every year that everyone looks forward: Parks’ Double or Nothing. The stakes are higher then ever with this contest because riders are forced to land one insane trick that beats the rest. At the beginning of the day Parks said, “the trick that will win is going to be something never before landed, if you’re planning on doing 7s or 9s, you might as well not try.” The only spectators there are riders and close friends making for a a very personal event for everyone.

The contest location was the premier spot for this event. The blue lake was basically made for hitting double ups. The doubles up happen only inches from shore and from the on lookers. Redbull brought out tents and drinks to keep everyone hydrated during the hot summer day in Florida. Parks’ new edition Mastercraft x-star has over 540 horsepower and allowed for some of the biggest double ups ever.

Danny Harf, always a top contender for a double contest, happened to break his foot in days prior to the contest and was not able to ride. 12 other riders stepped up to the plate though and took on 7 double ups  a piece with a chance to win 10 grand.

This was Harley Clifford’s first year riding at Double or Nothing, but he had no problem going out there stomping a Back Mobe 7 on his 4th try. Parks Bonifay landed a clean double front roll and then stepped it up trying to land double half cab mobe. After Harley landed the back mobe everyone knew that they would have to land something crazy to win. Rusty Malinoski stomped a clean Toe 1080 on his first double up. He tried for a 1260 after that but was not able to land it.

Everyone went huge as the day went on trying double rolls to blind, 1260s, 1080 variations and more. The rain loomed on the horizon for sometime and flirted with us multiple times but never stopped the event. After almost 12 hours of constant double ups the event had to come to an end.