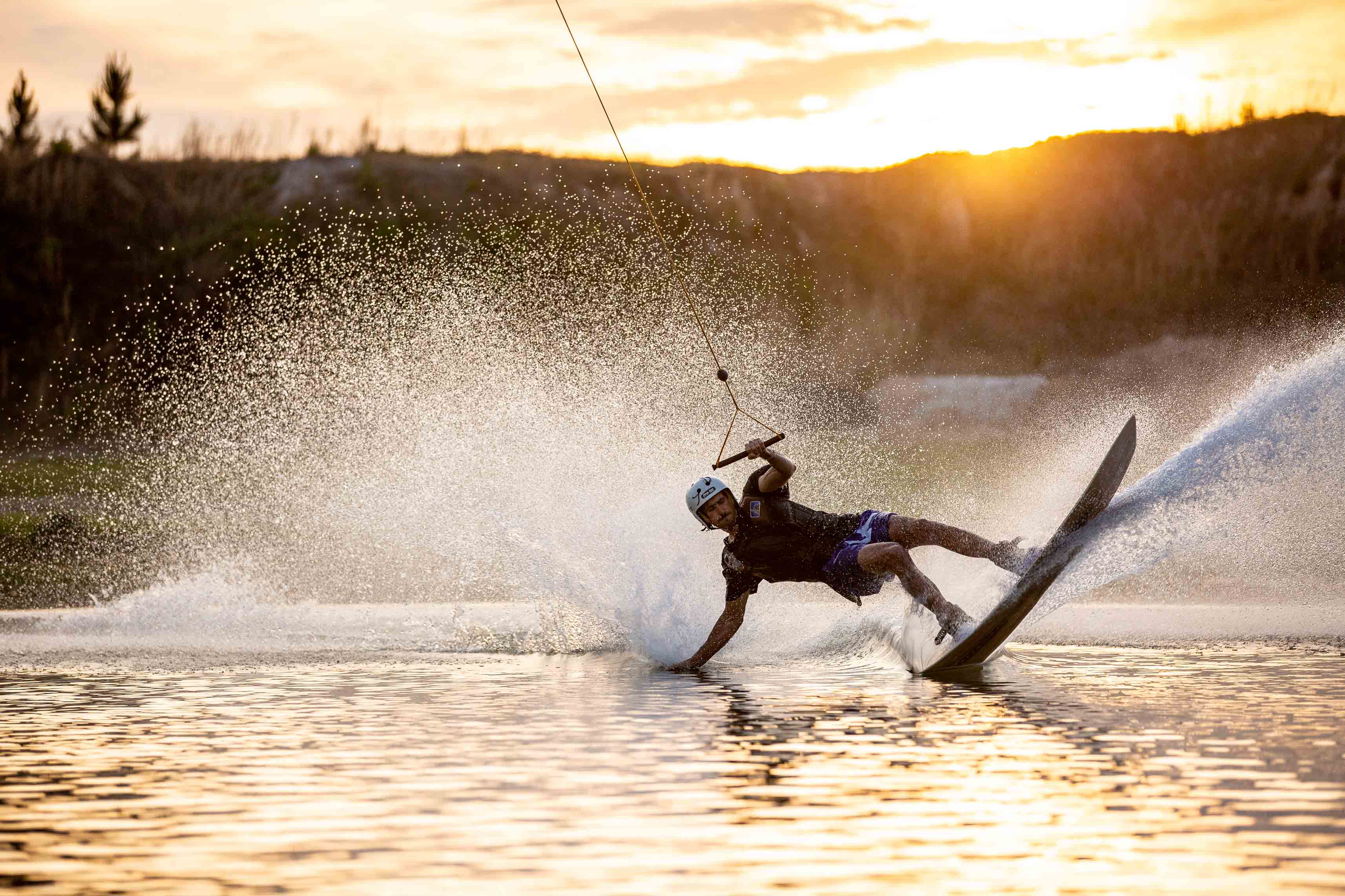 WMJ riding the rocket into the future (photo: Mathis)

So, what matters, in wakeboarding, to me? That’s a dangerous question to be asking a person like myself. I don’t think a lot of people will agree with my mindset about wakeboarding, but that’s the whole point of getting me to write this article, isn’t it?

If you know me, you know that I’m not a big advocate of boat riding. Not just because I’ve never had the means to own a wakeboarding boat but also because they create a pretty heavy barrier of entry into the sport. I believe our sport should be more accessible to everyone. That’s where cable riding comes into play, and why I feel so strongly about it. Cable riding allows people without the means to buy a boat a way to enjoy our wonderful sport. It will allow our sport to continually grow and, one day, be comparable to sports like snowboarding and skateboarding.

Now that that’s out of the way, let’s move to my personal style of rail riding. Truth be told, I haven’t always been so confident in just doing what I want and not worrying about the haters. When I first started wakeboarding, I struggled to learn inverts and spins behind my parents’ Sea Ray cruiser. It wasn’t until I found the cable and rail riding that I truly fell in love with wakeboarding and my riding started to progress significantly. But progression was never at the top of my list; having fun has been and will always be my top priority. When I started riding cable, my stance was super wide and ducked out as I was trying to copy all the pros I watched for inspiration. It wasn’t until I put my stance all the way in that I really found my own style and started to pave my own way. But being different didn’t come without a cost. All of my first edits were harshly hated on, which sucked at the time, until I learned that it actually gave my style more power … it was fuel for the fire. So I learned to appreciate the hate. Luckily, my team manager at Slingshot, Jeff Mckee, felt the same way and that attitude has helped me get to where I am today.

For me, style is everything. But then again, I’ve never really had a “huck now and worry about style later” mentality.  I’ve always enjoyed doing what feels good and ultimately looks good. I still get some hate for not doing the hardest tricks, but I just don’t think it’s very important. I see a lot of people doing super-hard tricks that still don’t look very good. And if it looks like shit, then what’s the point, right? To each is own, but in this day and age of everything being online for people to see, why not make it look good? Over the years I’ve become so accustomed to doing what I like to do and not being persuaded by trends and “power riders” that it’s really all I know. It’s been so crazy to see how far the butter movement has come since we started doing them in Valdosta during the summer of 2017. Now, if you go to any cable park in the world, I guarantee you will see someone on the water swaggin’ out some butter tricks. So as much as some people want to hate my riding because I don’t do the most tech tricks, just take a step back and look at the influence the Space Mob has had on people simply having fun. In my opinion, that is the greatest compliment a pro rider could be given.

So what’s next for me? I want to travel the world, visit as many cable parks as possible, and spread the stoke of wakeboarding. I plan on being in Europe for three months this summer with plans of traveling around Germany, France and Spain. I have many more film projects in the works with the Space Mob and The Coalition. Plus, there are all new board graphics coming out in 2020, as well as some new surprises from Slingshot that I’m not allowed to talk about yet. Needless to say, I’m stoked for the future of wakeboarding and my involvement in it.

5 Rules For Being in the Space Mob