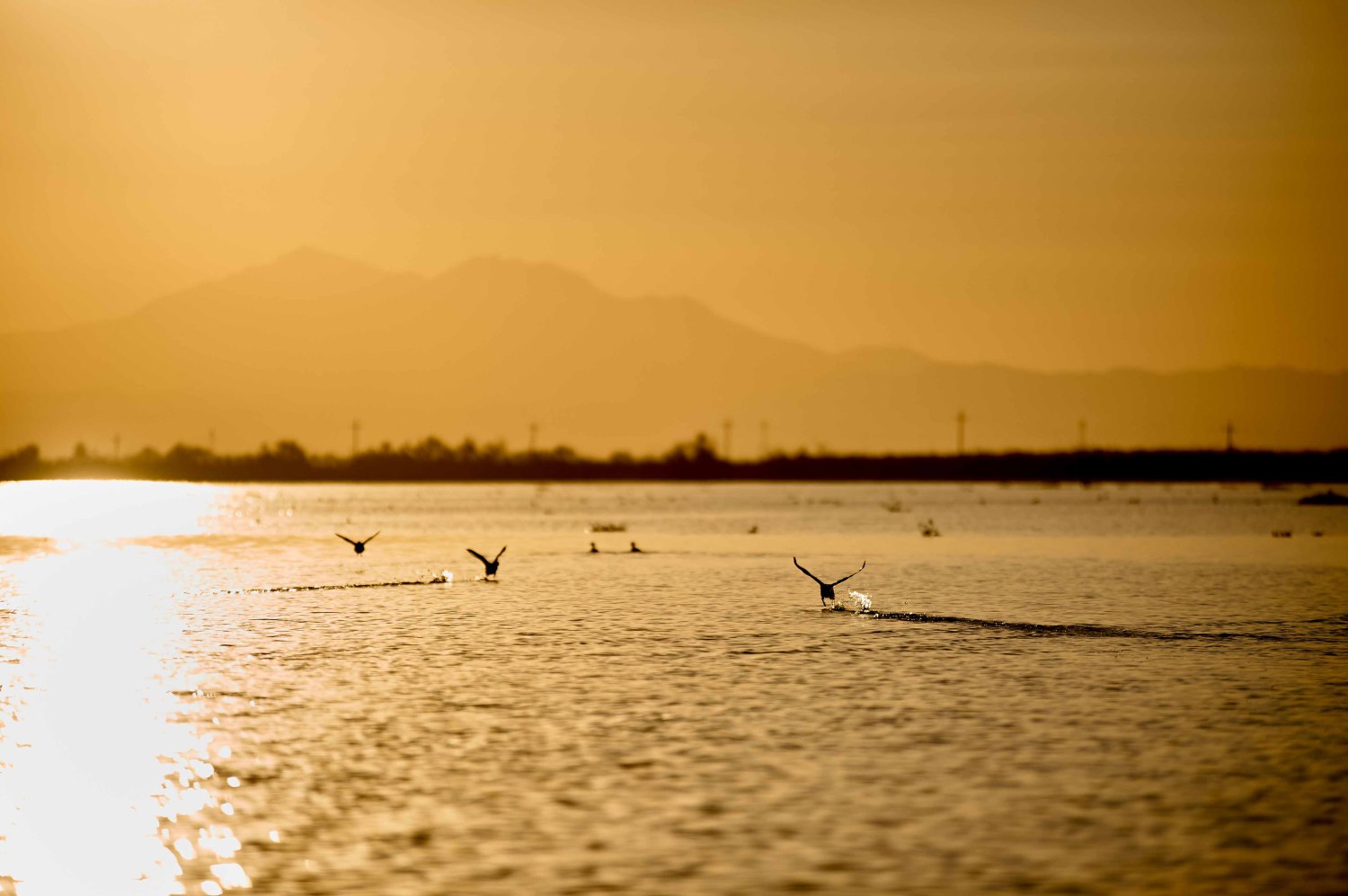 Despite its waterways’ literal lack of depth, history runs deep in the Delta region of California. For the riders who call it home it’s almost mandatory to know about the pros who came before them. But even more importantly they all take pride in continuing that legacy in their own individual ways. While this generational passing of the torch can be found in wake scenes around the world, for some reason or another it has always been a focal point when talking about the Delta and West Coast wakeboarding in general. There is a dogma that comes with being a pro wakeboarder in the area: ride with purpose, ride with passion, and make it look good. It is those principles that made rider/filmmaker Trever Maur realize that his next full length video project needed to all about the California scene: past, present, and future. Hence Dog Dayz. 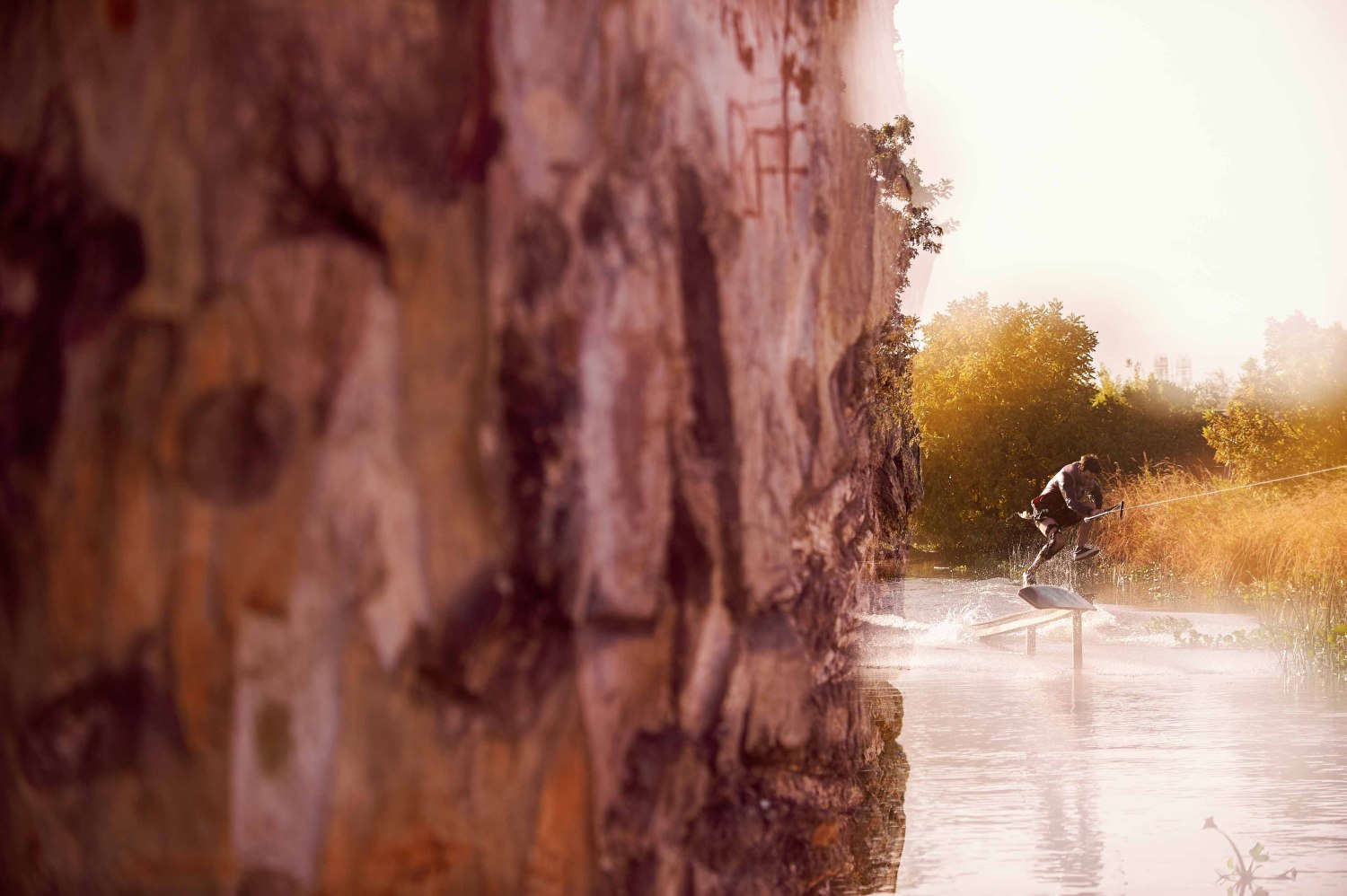 “The time just seemed right to make a video with the Cali riders,” says Maur. “I know there have been West Coast videos in the past, but I wanted something that paid a little homage to the past while also really showcasing what’s going on out here right now.” That nod to the past comes from some classic clips from the past, as well as interviews with the featured riders in the video, of which there is an incredible mix. From a few West Side Riders, to the Delta Force bros, and several California mainstays; the Dog Dayz cast is one of the most diverse and unique group of riders anybody could ask for. Randall Harris, Melissa Marquardt, and Jacob Valdez represent the So-Cal WSR crew. Josh Twelker, Derek Cook, and Maur himself make up the Delta Force. Kaesen Suyderhoud, Bob Sichel, Keaton Bowlby, and of course, Mike Schwenne are the other California natives that will be featured. While all of these riders have been in a variety of video projects over the years, most notably Randall, this will be the first all West Coast film in a long time. 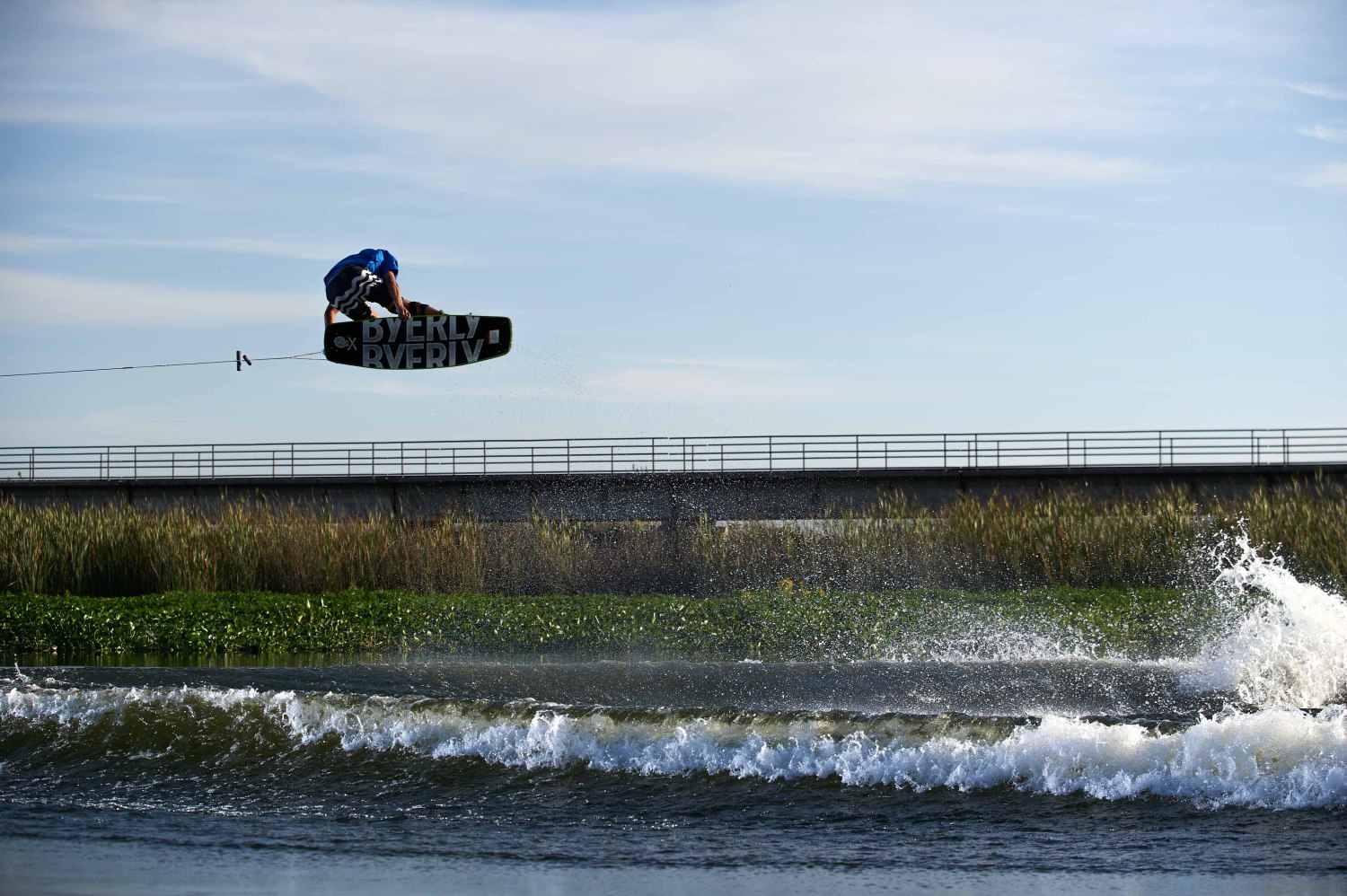 Outside of veterans Randall and Melissa though, the guy who has been plugged into the West Coast scene the longest is photographer Rodrigo Donoso, who has made his home on the Delta’s Discovery Bay for the last 30 years. “The West Coast has always been really in touch with its roots, it seems like. Whether it’s Greg Nelson, Bill McCaffray, Collin Wright and others in the Northwest, or Ricky G, and Randall in So-Cal, or a guy like Erich Schmaltz – everybody who grew up riding in those regions knew about those guys.” 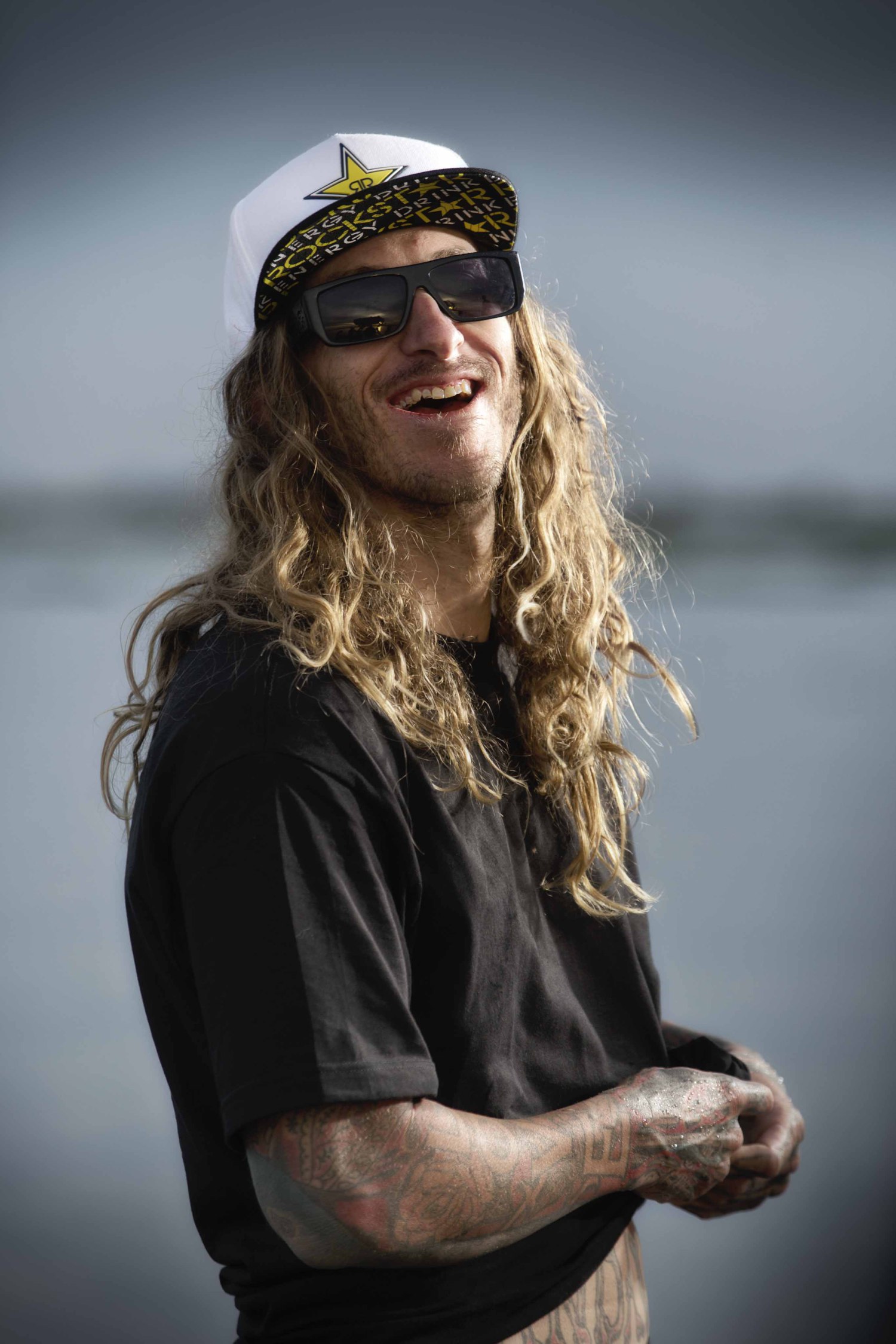 “As a friend and photographer, I’ve been a part of three different crews (on the Delta) that have all had some recognition, but not totally broken through,” says the affable camera man. “With each generation though, the younger guys coming up have always paid attention and learned from the older guys. You can see what the OG guys like Josh Smith, Darin Rayzor, Corey Kraut, Rich Facciano, and others did carried all the way through to the younger guys like Twelker and Trev today. It’s rad, and those guys have definitely gotten the most recognition and had the most success by far.”

Josh and Trever were getting a lot of coverage as progressive Delta riders on their own – with the help of Rodrigo’s camera skills, of course – but what really helped them and eventually the California scene as a whole, was Trever picking up some cameras and getting bit by the filming bug. Eventually some viral GoPro videos lead to bigger projects, which ultimately lead to 2014’s Al Sur, a huge success for a freeriding video. For Trever that was the proving point in knowing he could continue filming. 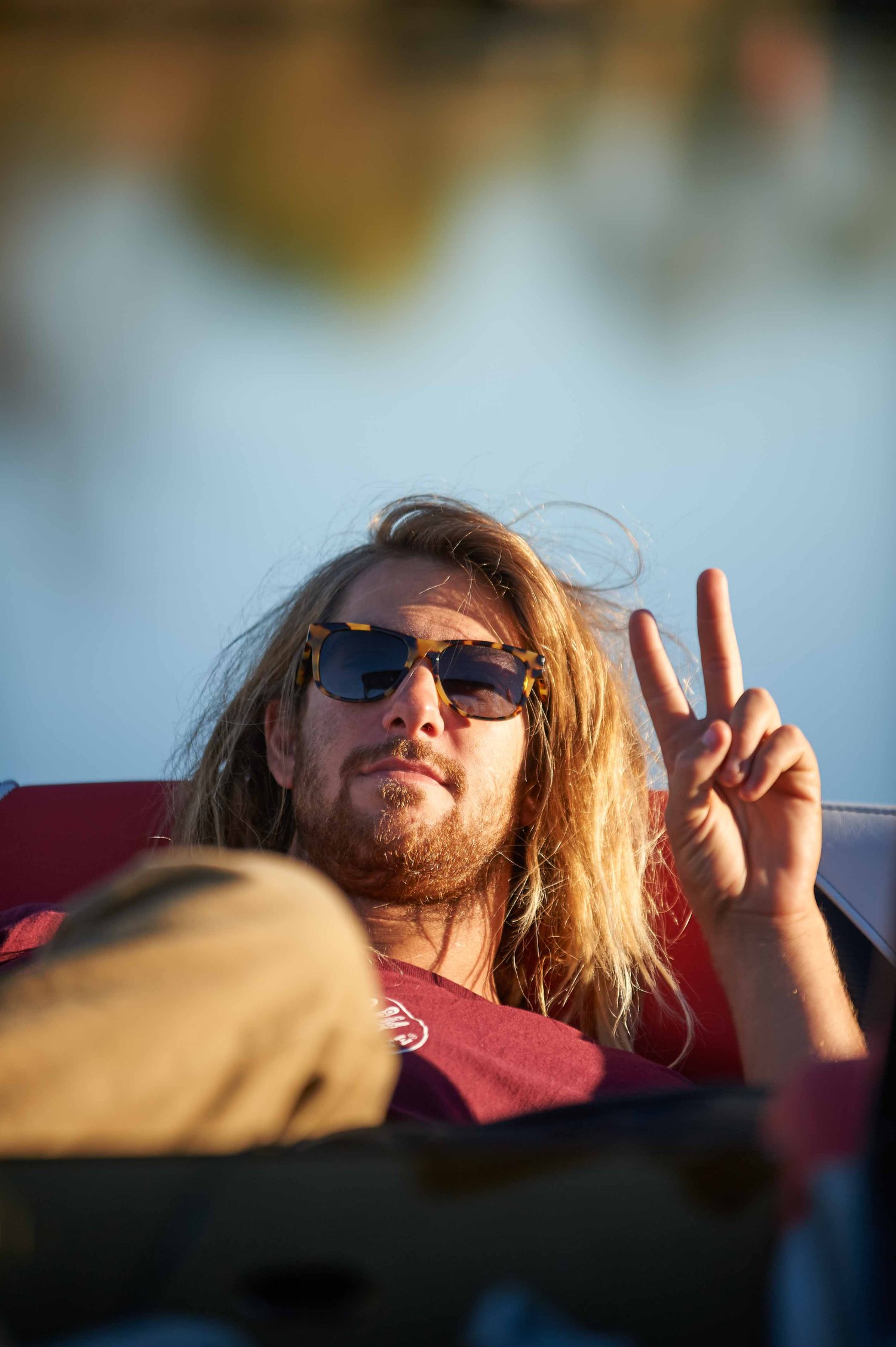 “Trever’s motivation is unreal. It’s almost exhausting to be around because he’s so determined to succeed. It’s intoxicating, but it can drain you if you’re not ready for it,” says Rodrigo, after years of shooting with Maur. “He never turns it off, which is awesome. Every crew needs a Trever Maur, if they’re lucky enough to get one. And for him to put this video together, to rally all the troops and make it happen – it’s perfect for the West Coast scene right now.”

With some of the West Coast’s top riders getting older, Trever knew Dog Dayz had to happen sooner rather than later. “It’s not like Randall, or Cook, or Schwenne are done riding, but I wanted to make sure to get them in a video now while they’re still riding as good as anybody else out there, if not better,” says Maur. “People are gonna freak out when they see Schwenne still killing it and learning new tricks. His riding is so relatable and smooth. I think Cook has some of the most epic shots – he seriously managed to ride during some of the craziest sunsets I’ve ever seen on the Delta. And everybody knows how good he’s become. Of course, Randall is Randall. It’s crazy to think that he was dropping banger video sections 20 years ago with MayDay and is still doing stuff nobody else can do today. But it’s those guys and their connections to the past that influenced guys like me, Josh, Jacob, and so many others. I want to showcase that in Dog Dayz.”

Going into production Trever was most worried about everything looking the same, but after a year’s worth of stacking footage, Dog Dayz is refreshingly different. “Going into this I thought it was going to be a style video with cool riding, which is obviously stereotypical for us. But it turned out way different. Josh’s section is gnarly. It’s got standard Josh doing what he does with his style, but he’s also got some new tricks that are hammer time – in total Josh style though! Plus some old tricks with new grabs. And Jacob’s section will really surprise people, because I don’t think people have really seen what he’s capable of the past couple years and how much his style has progressed. We also have a lot of winching, especially with Kaesen, that just makes everything so much more raw.” With any mention of winching in wakeboarding these days comes the topic of crashing. “Seriously, the crash section is insane. Concrete killed me the past few months, my body hurts,” says Maur with a laugh. 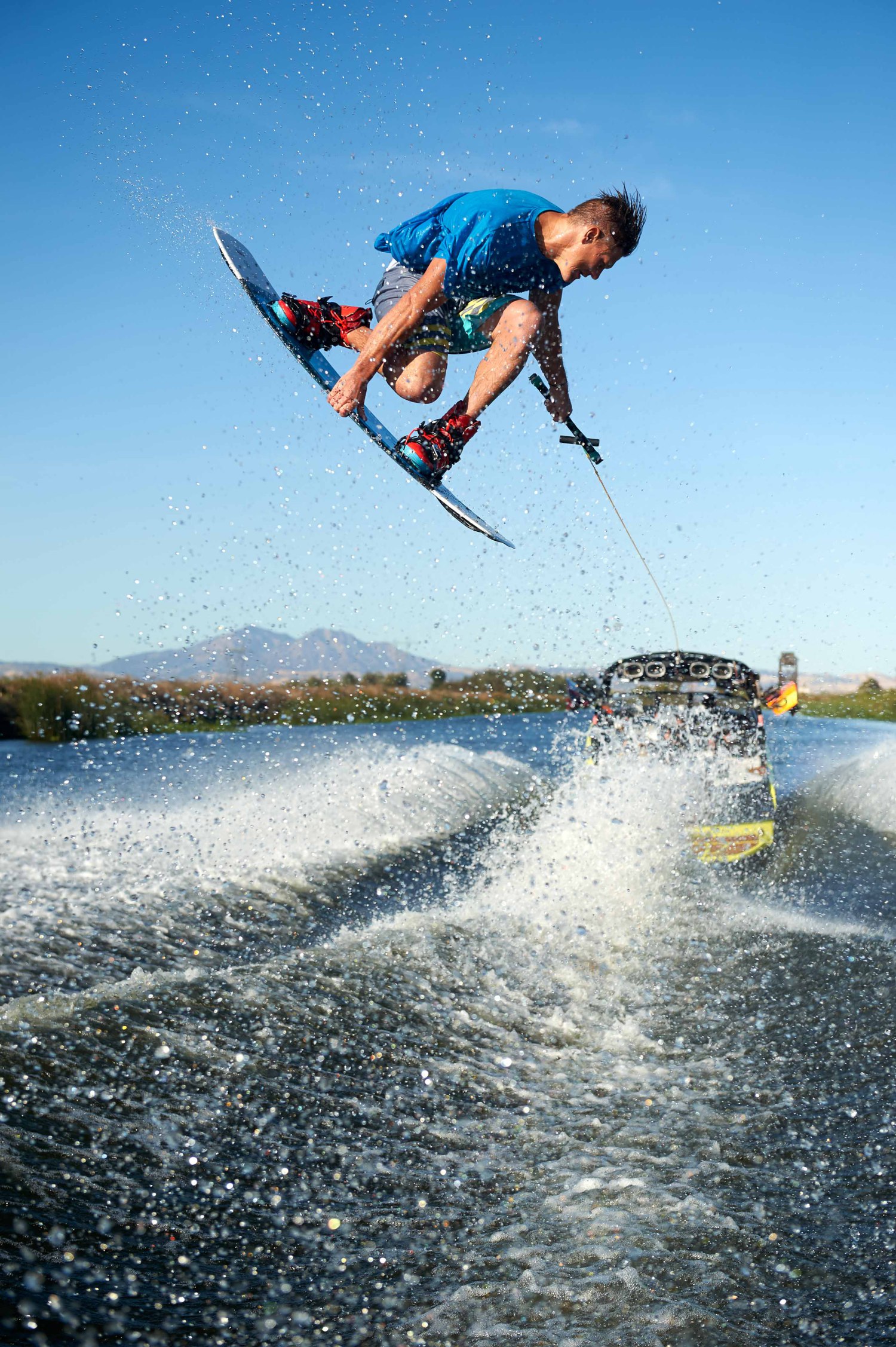 The final push for filming came during the month of October, when with the help of local Discovery Bay resident and friend Cody Benjamin, all the riders came and stayed together and filmed together. Whether they were scheduled to ride and get shots on a particular day or not, everybody there was helping out however they could. “That whole setup was magic. I made sure to stay out of Trever’s way so he could get the shots he needed, and then when he was satisfied I’d step in and try to get some stills I was looking for,” says Rodrigo. “It worked out great and everybody got rad shots for both the video and my camera. We had a blast, even with it being toward the end of summer and everybody sort of drained from the whole year of riding.”

“We were working on a really limited budget,” says Maur, “so to be able to stay at Cody’s house and get a bunch of shooting done at the end of the video was huge. Everybody made sacrifices to help each other out and make sure the video stayed on track. It’s really been a team effort throughout the whole process.”

Ultimately Trever wanted to not just showcase the unique riding of some of California’s best riders, but the vibe of the scene as a whole, as well as within the smaller niches. “It’s a good look at what these guys are like on a day-to-day basis,” says Rodrigo. “Trever’s videos always show the personalities of the riders, which to me is really important. Doing sick tricks and stuff is awesome, but when you see somebody on a video and you think ‘I could hang out with that person’, that’s a whole different vibe. I think that’s been lost somewhat over the years, but Dog Dayz has it.” 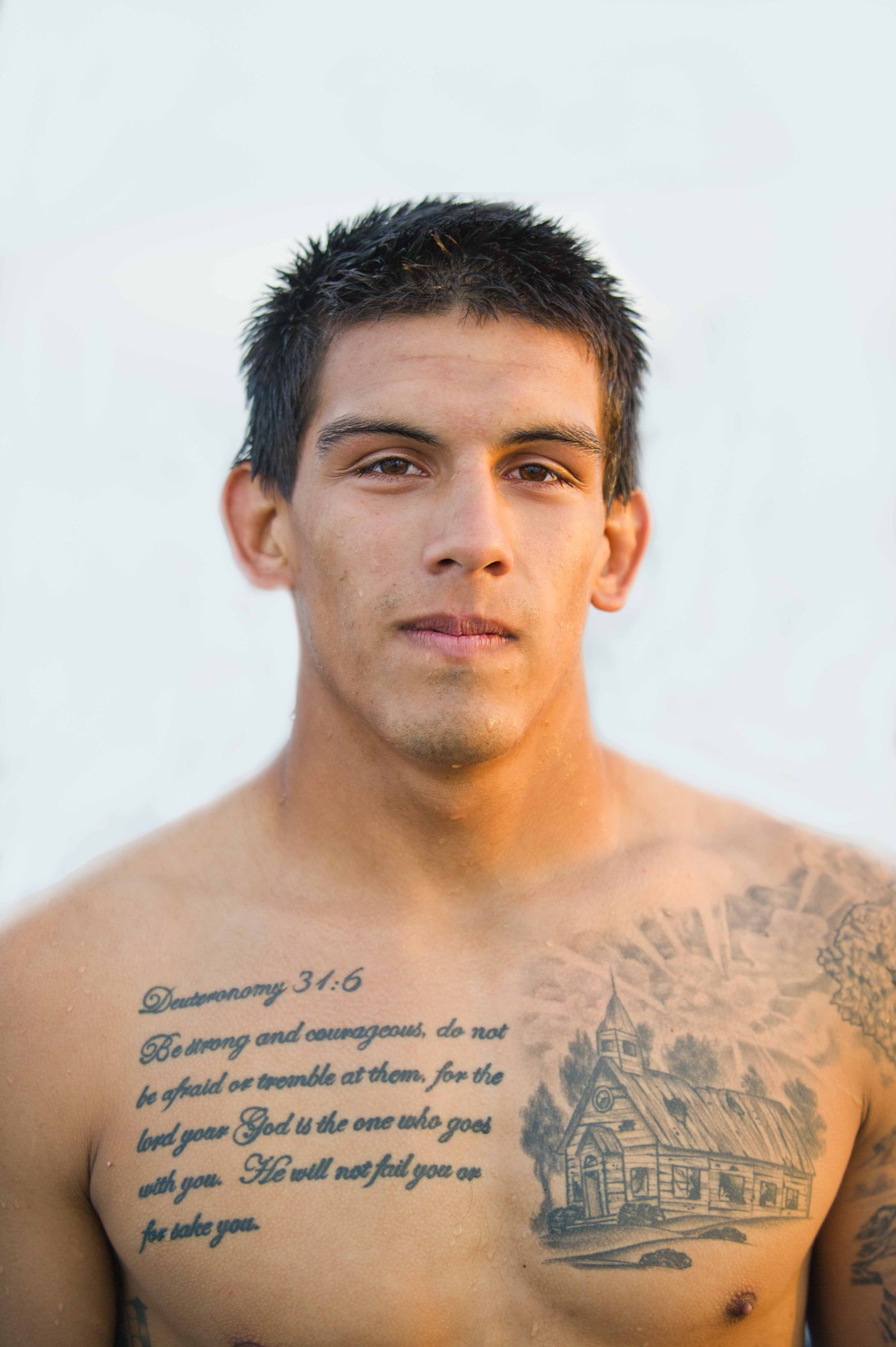 If a few years ago Josh, Trever, and Cook resurrected the Delta scene by moving there and blowing everybody away with their riding, then Dog Dayz represents the coronation. Not just of the Delta, but of the West Coast as a whole, and efforts put forth from generation to generation to keep the scene alive and well in the region. California’s riding pros could not be more unique than right now, which makes Dog Dayz the perfect project for the period. For Rodrigo, it all comes back to passion, and Trever.

“Everything is built off what is done before you, so you can’t get far if the foundation isn’t strong. Dog Dayz encompasses exactly what Trever envisioned,” says Rod. “It’s taking all the guys that have made an impact on everybody on the West Coast that rides. Ultimately Dog Dayz is a culmination of all the past generations pushing each other and progressing; and that vibe and stoke carries on to where the current riders are now. It pays homage to what we love about riding on the West Coast and the people that made you get into it.” 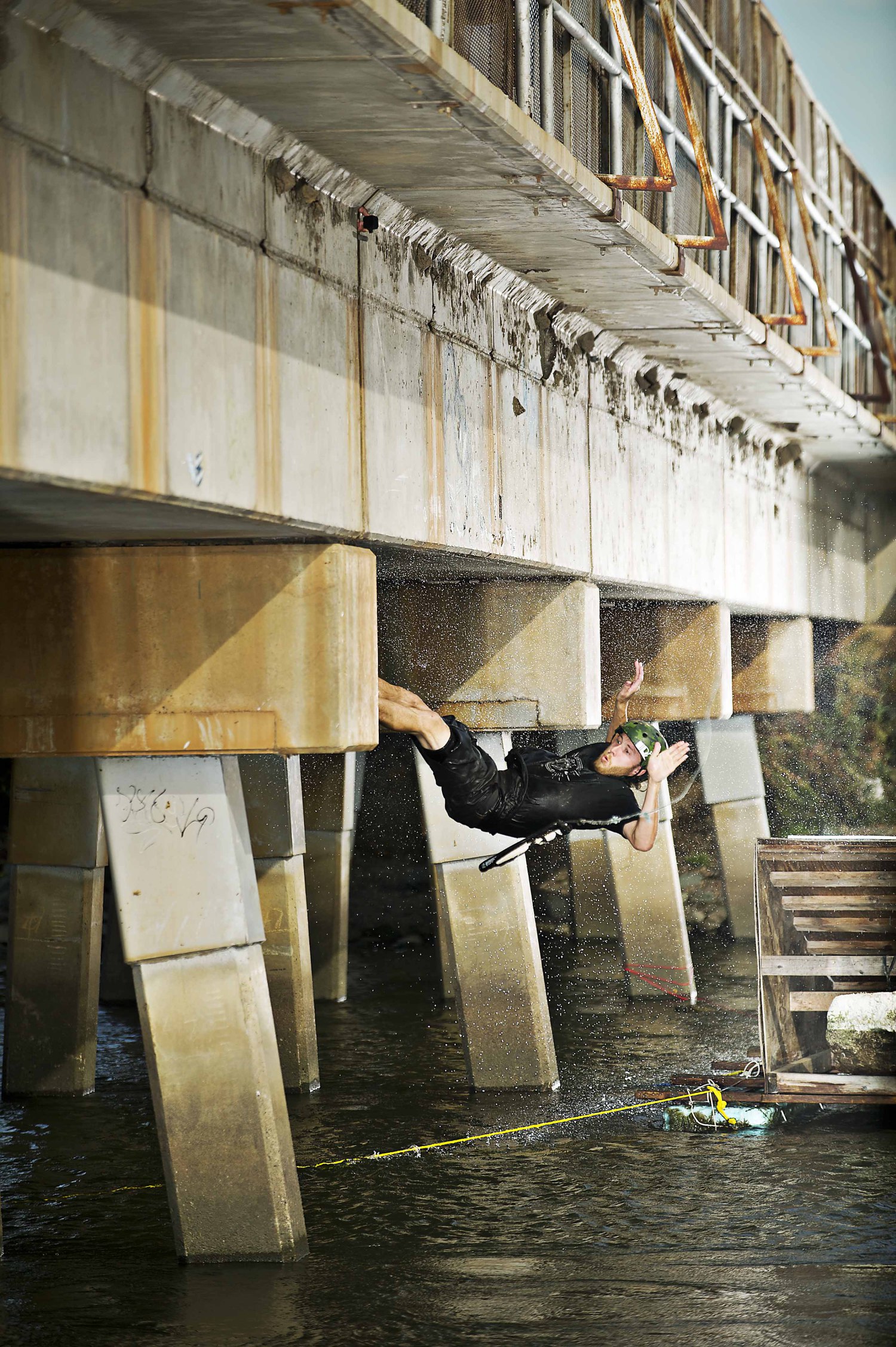