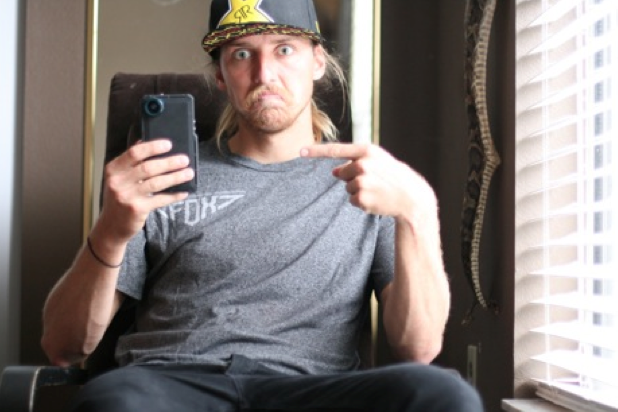 Announced today by Hitcase CEO Brooks Bergreen, the addition of Hansen highlights Hitcase’s ongoing commitment to the water-sports marketplace, as well as working with top athletes to test the durability and performance of Hitcase products in the field.

“The Hitcase approach just makes sense,” offered Hansen. “The market is crowded with POV options, but I’d rather just use the camera I already carry everywhere in my iPhone.”

“It’s such a sick system,” continued Hansen. “The Hitcase Pro/5 is bulletproof, and fully mountable. I can easily shoot, edit, and share videos or photos on the fly, without hassling with sorting through hours of footage, or wondering if I turned the camera on. It just works.”

The Florida native is celebrated for his raw talent and consistent riding ability, and is widely con- sidered one of the best in the world, with six world championships to his name. Equally famous for his creative chops behind the camera, he and Patrick Weiland recently won the Best Edited Video award for the Tigé My Wake Global Challenge. Hansen will be using Hitcase equipment to shoot and post a steady output of video content from Battle Falls, his custom-made backyard wakeskate park.

“We’re stoked to offer Reed the tools he needs to capture his 2014 season, said Bergreen. “He’s already shown us what he can do with the Hitcase and this year is going to be epic. Here’s a little example of what’s in store, created with Reed and our team, using the HitCase Pro/5.”

Dedicated to creating innovative, sports-activity products for the iPhone, HitCase offers the HITCASE PRO/5TM a shockproof, waterproof iPhone case for the iPhone 5s, iPhone 5, and iPhone 4/4s, as well a full-range of high-quality accessories.