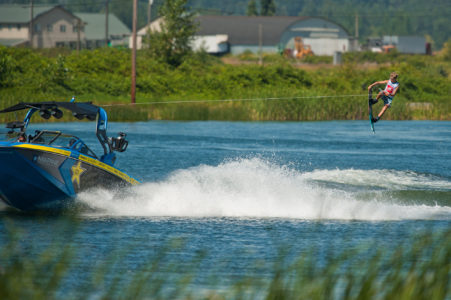 MONROE, WA (July 25, 2018) – The industry-leading Super Air Nautique G23 greeted the nation’s top amateur riders with perfect wakes to open the 2018 Nautique WWA Wakeboard National Championships presented by Rockstar Energy. Standouts in each division advanced through tough semifinal rounds of competition, with each competitor eager for a spot in the finals to place them one step closer to earning the National title. The 2018 Nautique WWA Wakeboard National Championships is the fourth stop of the Nautique Wake Series; the only series that puts riders first.

“The excitement is contagious among the amateur competitors during the first day of the Nautique WWA Wakeboard Nationals,” said Nautique President Greg Meloon. “With the Super Air Nautique G23 delivering perfect wakes, we were thrilled that the future of the sport threw down in great conditions provided by the Pacific Northwest.”

The Amateur Wakeskate division laid down multiple ollies and surface spins, with Alex Barber (WA) earning the top score of the day with a 57.33. Keeping the competition fierce, Gavin Doody (TX) proved to be equally impressive with a variety of technical moves finishing second with 46.33. The two will be joined in Thursday’s final by Cole Park (CA) who finished third with 39.33 and Francisco Cabezas (FL) who placed fourth with 35.33.

In the Boys division Fynn Bullock (NC) had an amazing opening run with a heat-winning score of 87.33 showing that hard work pays off landing a H/S backside 720 and whirly 5. Alex Albin (CA) took the win in heat two, throwing down a massive KGB for a final score of 75.67. 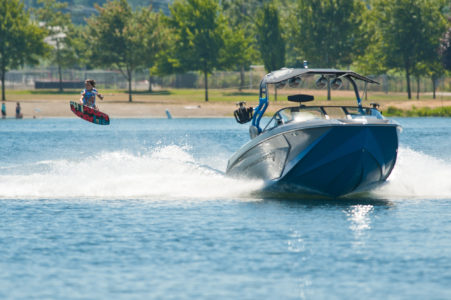 All eyes were on the water as the Jr. Women displayed what they’ve been working on all summer behind the award-winning Super Air Nautique G23. Elle Christensen (UT) put herself on the map with a run full of inverts, landing her a score of 72.33. Following closely behind her, Hollie Waldrop (FL) threw a T/S roll to revert for 59.33 followed by Zoe Luquette (NV) in third with 47.00 heading through to tomorrow’s final.

“All of the riders have been working hard this year, and it’s so awesome to see everyone progress throughout the season to then show up to ride at the Wakeboard Nationals, commented Jr. Women rider Elle Christensen. “It’s always fun going to new places for wakeboarding and it’s so pretty here in Washington!” 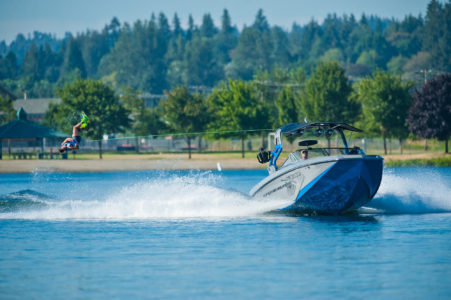 The legendary Super Air Nautique G23 showcased its versatility, increasing the wake’s shape and size for the Jr. Men Semifinals as the boys brought the heat to Washington with huge passes from all. Parker Swope (TX) took heat one throwing a massive T/S B/S 360 for a winning score of 83.67. Dylan Sexton (LA) threw a huge Moby Dick for a final score of 83.33. In heat three, Jimmy Schmidt (IL) had a solid ride hitting a wrapped KGB and tantrum to blind, sending him to the finals with a score of 67.67.

The Veterans division closed out the day with Dayle Cartwright (FL) taking the win for heat 1, throwing a huge switch crowmobe for a score of 88.33, followed by Chad Lowe (CA) in second with 75.67 with a wrapped H/S F/S 5. Looking quite stylish behind the infamous Super Air Nautique G23, Ben Chrisman (FL) took the win for heat two with a score of 82.00, followed by Josh Wildman (IN) in second with 73.33.

“The Nautique WWA National Wakeboard Championships is the largest event of the season with first-time riders to seasoned veterans from across the U.S. competing for their chance at a National title. We’re excited to be out west for a week of non-stop wakeboard action with our extended family of wake and seeing the progression that took place this summer,” said WWA Executive Director Corrie Wilson. 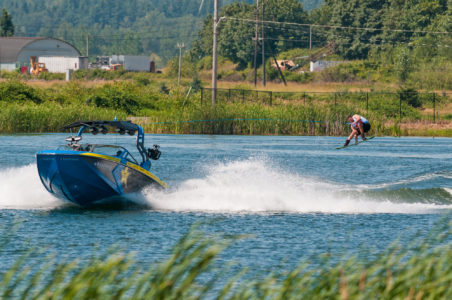 This event is FREE to the public! Tickets are not required for entry!