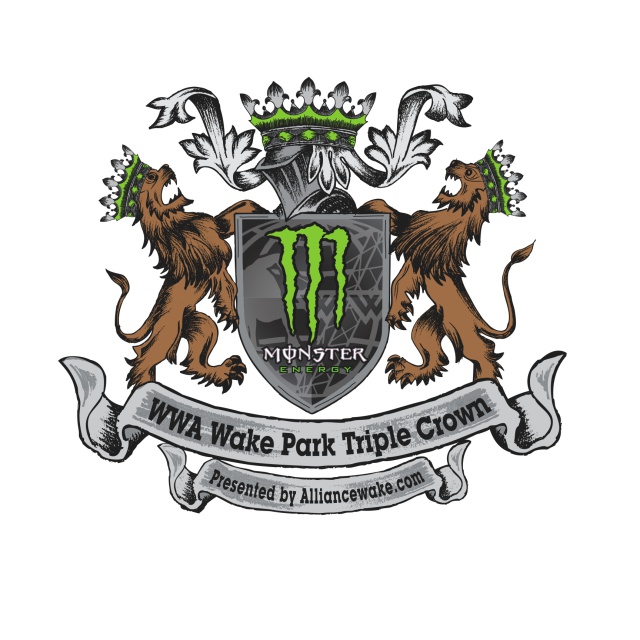 In addition to North America’s most competitive cable series, the 2011 Monster Energy WWA Wake Park Triple Crown will include more prize money and more focus allotted to the obstacles division. Now riders like Kevin Henshaw, Gabe Lucas, Shane Bonifay, Raphael Derome, Shawn Watson, JD Webb and all of the athletes who are focused predominantly on the obstacles will have a legitimate obstacle oriented Wake Park Triple Crown Series with their own overall championship.

The brand new six tower wake park in Winnipeg, Manitoba, Canada named Adrenaline Adventures will be pulling double duty as it hosts the first stop of the 2011 Monster Energy WWA Triple Crown Presented by Alliance Wakeboard Magazine and the 2011 WWA Wake Park World Series. This snow park in the winter and wake park in the summer plays a true four season roll in the community.

Last year, the 2010 Monster Energy WWA Wake Park Triple Crown was largely dominated by wake park sensation, Tom Fooshee. Though in the final round at the WWA Wake Park National Championships held in Cincinnati, Lior Sofer of Israel, managed to hand Tom Fooshee his first loss in years. Lior finished the series second overall behind Fooshee, followed closely by Keith Lidberg and an ever-growing global crew of athletes. Make sure to keep a close eye on the 2011 Monster Energy WWA Wake Park Triple Crown this year as riders attempt to lay down the most progressive lines to claim the title. Riders such as Lior Sofer, Keith Lidberg, Marc Shuster, and European wildcard riders, like Nick Davies, Freddie Van Osten, and Dominik Guehrs will all be vying for Fooshee’s title.

About the WWA
The WWA Wake Park Triple Crown is the solely owned property of the World Wakeboard Association (WWA). The WWA also owns and operates the WWA Wakeboard World Series, WWA Wakeboard National Championships, WWA Wakeboard World Championships, WWA Wake Park World Series, and WWA Wake Park Nationals. With 27 affiliate countries worldwide, the WWA is the global leader in the sport of wake. The WWA is a rider-formed organization dedicated to promoting and growing wake sports worldwide. It is the leading source for riders, event organizers and competitive standards. For more information on the WWA and its events, check out www.thewwa.com