Check out our Women and Wake editorial from our May 2018 issue of Alliance Wake! 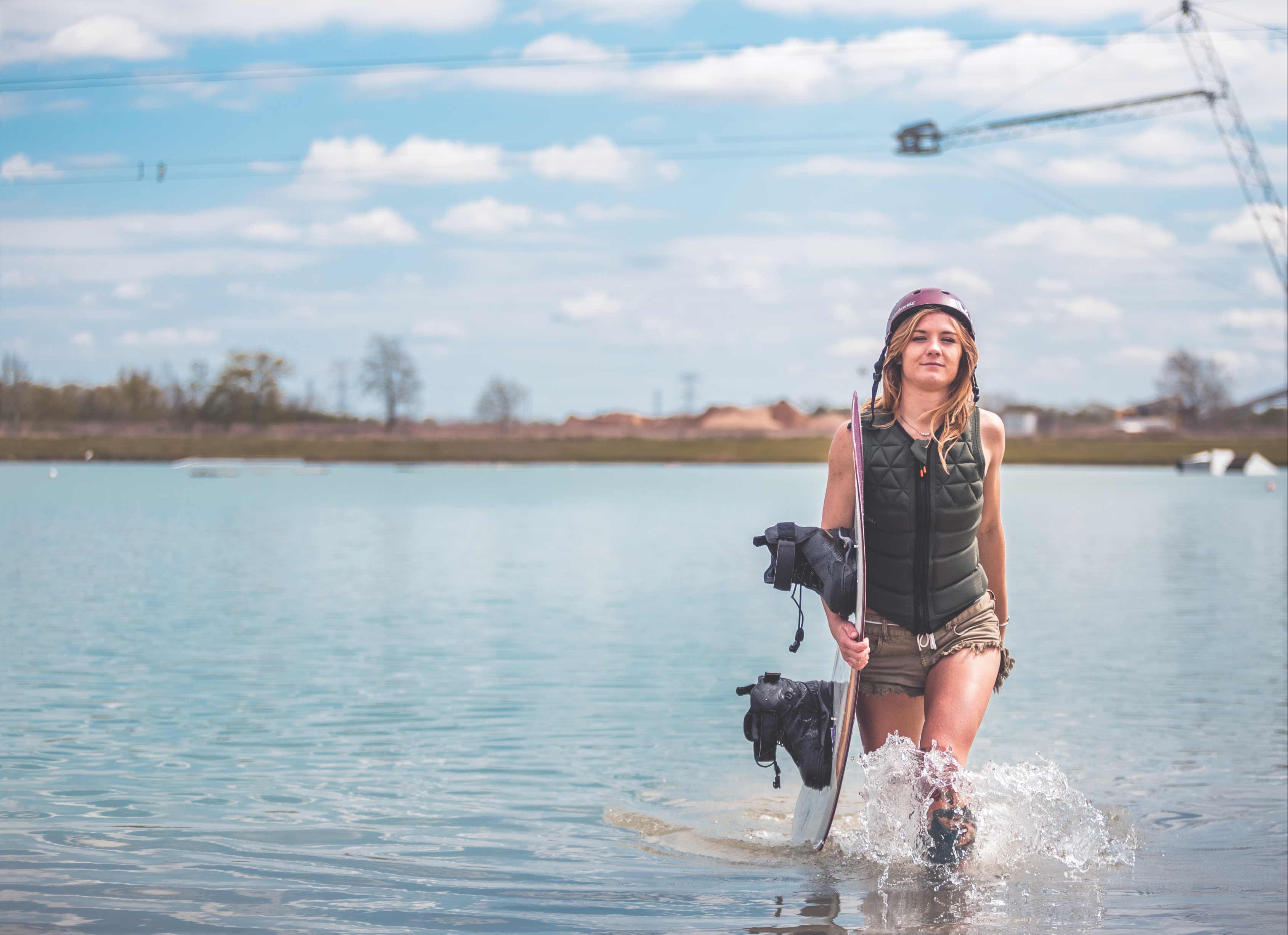 Walk it out (photo: Guidry)

Last season, women were given a pretty straight-forward message by the industry. In the pages of this magazine, only one female wakeboarder was awarded a superlative – a recognition which highlighted her body and not her riding abilities. Some took immediate offense, while others, like myself, took it as a hint that something needed to change. No matter what was intended, it was a clear message to every girl out there that we werenʼt being taken very seriously. It also transmitted the idea that if you want to be taken seriously, then you have to start by taking yourself seriously. What resulted was that the women of wake spoke up and didn’t asked to be respected, they demanded it! Every female athlete had been scrutinized over their looks at some point and it was about time we put our foot down and said “enough is enough”. Thank you for the wake up call. In my opinion, a little bit of constructive criticism is good.

That snub last year ignited a fire in my belly that compelled me to do something about it, and I wasn’t alone. We were all fired up! However, we focused that fire toward what actually needed to happen: Change. That change would be found within ourselves as female competitors and the standards we hold ourselves to. What we allow to happen to us and what we donʼt. We have a voice and can use it. Luckily, wakeboarding happens to have some of the baddest chicks out there and we had no problem showing them just who the hell they were talking to. Leading women of the industry, like Nicola Butler, organized an intense video called For the Girls shortly after the “wake butt” incident. Nicola even made it on national TV in an interview regarding the struggles of women in the sport. Needless to say, this video was somewhat of a catalyst for this movement of women in watersports, and if you havenʼt seen it, look it up!

This is a crucial time for women because now that we have everyoneʼs attention, we have to continue this momentum. Now, the leading wakeboarding media platforms, as well as brands within the industry, are recognizing and highlighting more of womenʼs efforts and accomplishments. What a perfect time to introduce the younger generation of ladies that are pushing the limits. Young rippers like Claudia Pagnini from Italy or Zahra Kell from Australia (and so many others) are continuing the momentum of progression and showing that the next generation is hungry and ready to make their mark. It is refreshing to see these young ladies setting the bar high for what is to be the future of womenʼs wakeboarding. On the other hand, this industry is not the only sport that is witnessing this shift in the female attitude. Other industries that are seeing this change are skateboarding and snowboarding. To name only a few of the hundreds of gnarly chicks out there, pro skateboarders Nora Vasconcellos and Lizzie Armanto are proving their spot in the pro ranks all while staying true to themselves and setting a pretty sick standard for womenʼs skateboarding. Women in snowboarding like Jamie Anderson and Anna Gasser also share the same poised attitude and determination. Keeping up and keeping it real, that’s the golden standard in my eyes.

I have never believed in the normal gender roles and I have never bought in to anything being “male dominant”. In fact, the whole idea of “guy” and “girl” sports is bullsh*t if you ask me. Maybe I see it this way because I grew up with a gang of older brothers that always pushed me to think “anything they could do, I could do”. Growing up around that kind of encouragement never seemed to hit me the way it did until I later came to realize what kind of impact that type of support can have on someone. When you take away the social stigma of what women and men can or “should” do, it opens up an entirely new world of possibilities. We only see the opposite sides because we were told they were different and one could do things the other can’t because of that. This is where myself, as well as hundreds of other women, are calling that bluff. Personally, a few of the first contests I entered did not even have a division for girls, but I went ahead and competed out of the spirit of competition. In one or two of these contests I actually did pretty well being the only girl; in others I didnʼt even make it past the first round. Itʼs not about being girl or boy, winner or loser, but putting yourself in the position to really push your limits. In the end, you can surprise yourself when youʼre put in a situation outside of your comfort zone. So my advice is to go for it!

Women of all types, careers, backgrounds, and ages are proving everyday that the “do-nothing” girls are a dying breed. This momentum is contagious amongst women and the more we quit being afraid to be ourselves and send it, the more this movement picks up. Iʼm thrilled to witness this progress and I am honored and humbled to be able to influence the sport and help pave the way for the younger women to grow in a challenging industry. It is incredible to be a part of such an inspiring group of athletes that are constantly breaking down barriers.