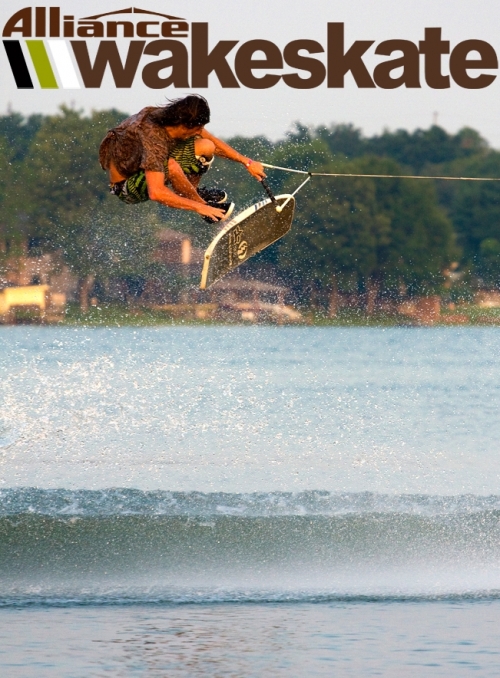 With some of the most boosted style I’ve ever witnessed, it would appear Dieter only knows one way to throw tricks: big.  This wake-to-wake kickflip is a perfect example. A staple trick in his arsenal of hammers, the W2W kicky is something that Dieter does as well as anyone on the water. This day in particular he was throwing them massive, flicking the board perfect and catching it at the peak of his jump. I was chasing him from the boat during all of this in an attempt to catch one right at the peak. After only a couple tries, Diets managed to stomp one, and I got just the shot I was looking for.