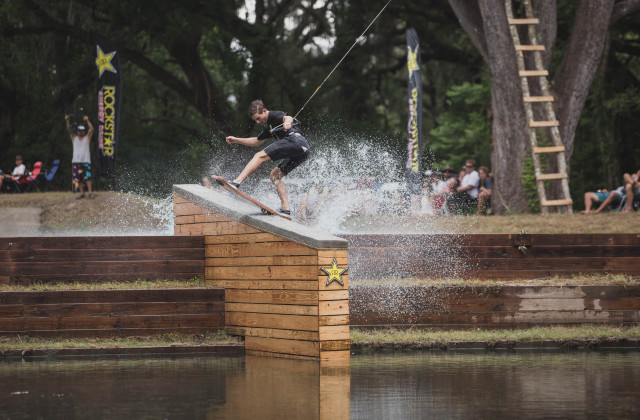 Kicking off the third year of The Wakeskate Tour this past weekend, the Suwannee Pro was held at Nick Taylor’s wakeskate dreamland in the forests of North Florida. This was the second year for the Suwannee Pro and went off above & beyond anything we could have expected. Being one of the largest setups featured on the tour, there was concern of whether or not riders would be ready to tackle the gaps immediately after winter break. All such concerns quickly dissipated when the level of riding proved to be more advanced & more consistent than anything wakeskating has ever seen.

In addition to last year’s incredible setup, Nick Taylor & crew built a long concrete hubba down the 3-block. This new ledge opened the doors for a handful of new tricks that had never been landed before, a now familiar theme for stops on The Wakeskate Tour. After a long weekend of riding, the Six-Man Super Finals consisted of Nick Robinson, Ben Horan, Ollie Moore, Andrew Pastura, Reed Hansen, and Austin Pastura. After 90 minutes of increasingly mind-blowing riding, the dust settled with Nick Robinson in third, Andrew Pastura in second, & after the most consistent & technical riding all weekend, Austin Pastura took home the crown.

Stay tuned for all of the scores and the current list of the Top Ten, a new feature of The Wakeskate Tour. The riders who find themselves in the Top 10 at the end of the season will be going on a trip to the beautiful islands of the Philippines, courtesy of the CWC and Republic Wakeparks for Spring Training. Rockstar Energy came through strong this season, allowing The Wakeskate Tour to dish out $75,000 in cash and prizes. Our next stop will be The Texas Two-Step in Little Elm, TX at Hydrous Wake Park on June 13th & 14th.

The Wakeskate Tour would like to thank all of our sponsors: Rockstar Energy, Supra Boats, Nike, Ronix, SesitecSystem 2.0, Unit Parktech, Spy Optics, the CWC and Republic Wake Parks. 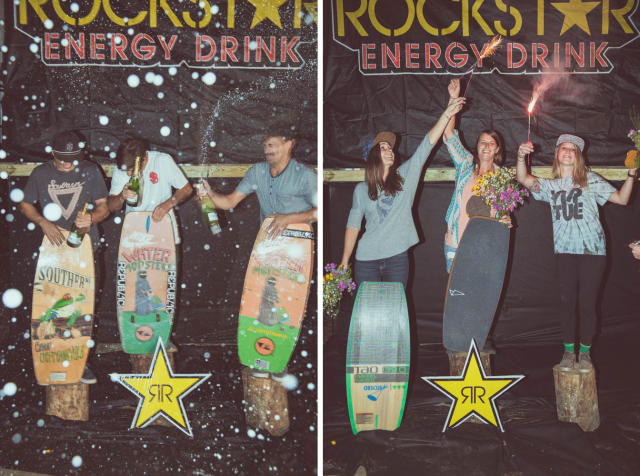 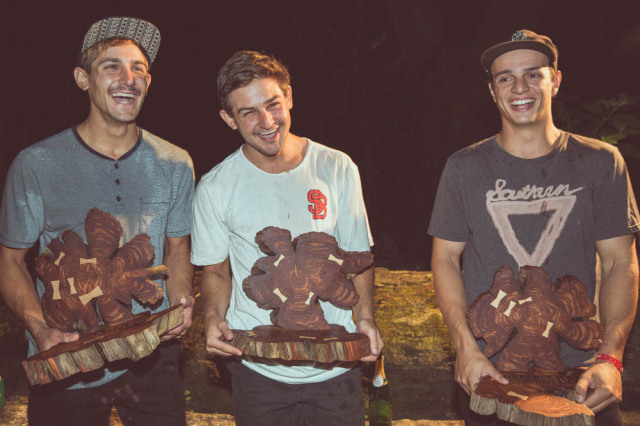