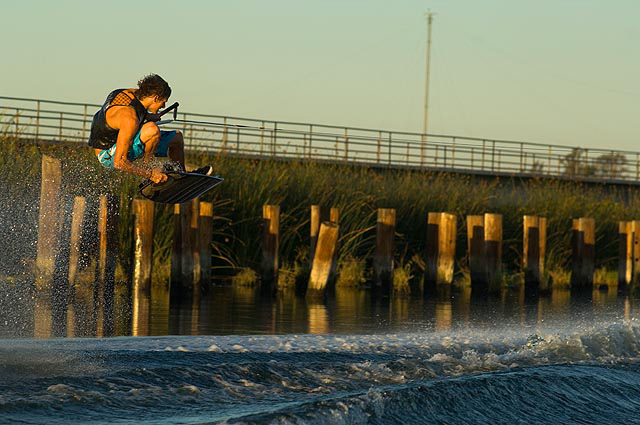 Rookie of the year is described as the rider who moved into the limelight and received the true approval of his peers. Grant did both this year, and had time to grow a sweet mustache along the way. After being taken under the capable wing of Aaron Reed and Danny Hampson, he certainly paid his dues, and was rewarded with his first pro model from Obscura. Living on the west coast keeps Grant balanced and level headed, and he was also officially adopted into the legendary WSR crew this summer. Although Grant might play Call of Duty more then he wakeskates, his riding doesn’t show it. He is constantly pushing the envelope with his impressive skills behind the boat (wake-to-wake 540 anyone?), and his stand out section in Obscura’s team movie showcased his winching, rail and PWC skills, left most people’s mouths gaping. Frankly, we can’t wait to see what Grant does next year in his first year as an official pro.