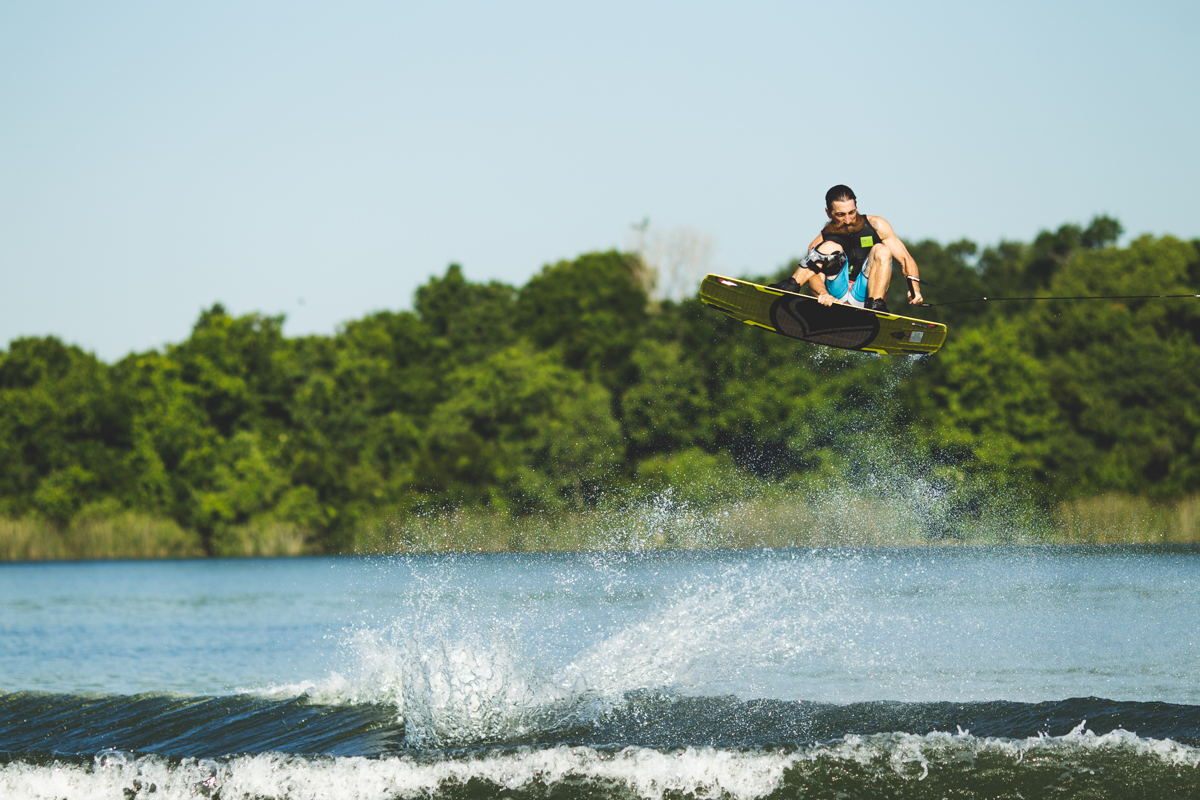 He might not rock wake pants anymore, but Shane is still on trend

No matter who you are or what you do, trends likely play a major part in your life. Be it music, clothing, art, and yes, even wakeboarding, what you do and what you enjoy at the time are likely dictated by the rise and fall of certain trends. Remember the neon phase (early 90’s and again in the last decade)? How about goth? Grunge music, anybody? Or these days EDM…  For wakeboarding we’ve had wide stances and skinny stances, long boardies and short boardies, short lines and long lines, roller coaster “sliders” and simple hand rails, and a lot more. For each trend there has been a rider or group of riders at the forefront grabbing the attention of photographers, magazines, and fans. Sometimes these trends push a group of pros to the side and usher in a new era, but the best riders have found ways to adapt their riding and ride the wave (no pun intended).

Don’t get me wrong, I don’t see adapting as a rider changing who they are – just as changing your taste in clothes or music doesn’t make you an entirely different person – but I do think it’s important for riders to reinvent their riding regularly and approach each new year as an opportunity to mix things up and progress. The layback fad hit hard a couple years ago and you’d see it all over wake parks around the world, but if it’s all you’re doing today your riding might look a bit dated. The same could be said for the 3-on-3-off of a rail. While technically a hard trick, it isn’t on trend at the moment. Heading into 2017 I think we can all agree that the latest trend is all about being as different and truly unique as possible on the water. There are plenty of riders who have tricks and can do them, but there are fewer riders who make tricks their own. We were in a constant push for the newest, hardest and most technically difficult trick for a while, which is awesome, but that isn’t the trend right now. Trick progression in a 1260, 1440 sense has somewhat plateaued the past year or two, but the creativity is at an all time high right now. Yes, Cody Hesse did a triple flip and Mike Dowdy did a wake-to-wake 1260, which pushed what was possible, but they only last for a short time because they are such hard tricks that you aren’t going to see many other riders land them.

A perfect example of adapting your riding year after year is Shane Bonifay, who has been on a wakeboard longer than most of you reading this mag have been alive. Despite all of his time on the water and all of his success, he still finds ways to keep his riding fresh, which in turn keeps him in the mags, on video parts, and relevant to all of you. With all of Shane’s adaptations nobody has ever accused him of selling out to remain relevant either. He’s just simply stuck to his creative guns and kept his riding on trend. In fact, Shane himself is probably responsible for several of the trends that hit the sport during his career (wake pants not included). Most recently we’ve seen Shane bring old school grabs back to his new school riding and trying things on different axises. We’re guessing a few of you out there might have tried some similar things after seeing Shane do them.

Another rider who has constantly reinvented himself is Aaron Rathy. As we stated last year when he was named the Rider of the Year, Rathy has been slapped with every kind of label during his career, but much of that has more to do with him adapting and progressing his riding than trying to keep up with the Joneses. Over the years and all the video parts he’s put out, no two have ever been the same. Each one is a reflection of where he was at that point in time, both in life and with his riding. Rathy is the definition of a rider who doesn’t just do tricks to do them – he makes them his own and only does them when they truly feel like his own. He’s constantly finding new influences and adapting those to how he rides his board. It is always fun to get out on the boat with Rathy after the winter months and see what new layers he’s added to his riding.

As a crew the West Coast riders have always been really good at pushing each other, reinventing their riding, and staying relevant in the sport. From a legend like Randall Harris to the younger guys like Josh Twelker and Trever Maur, we’ve always seen fresh, creative riding from the pros in that region. Who thought Mike Schwenne was still pushing the sport with his style and unique riding until we watched Dog Dayz? It’s testament to the power of taking influences going on around you and applying them to your riding. Every year for the past handful it seems like we’ve seen Josh Twelker continue to evolve in ways that don’t seem possible. That, more than anything, is what set him up to earn the ROTY award he did.

With the internet at your fingertips the power to adapt and evolve is there for you. But let’s set the record straight: there is a huge difference between adapting your riding and copying somebody else’s. If you take the time to not just learn new tricks, but to incorporate your own style with them you will remain relevant. There are so many riders out there that were once the talk of the industry with how they did tricks, but quickly fell off because they stopped adapting and progressing. Comfort is one of the worst positions to be in as a pro these days because once you’re comfortable you’re not moving forward enough, and in time you’ll quickly get passed by. Based on the way things have gone the last couple years what’s going to be on trend next year is sure to be stylish and entertaining. The question is how comfortable are you with that?